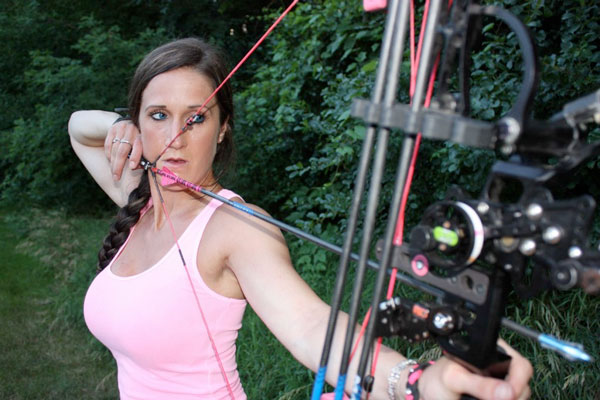 Melissa Bachman’s gloating photograph of herself with the beautiful male lion she shot and killed at close-range has unleashed a torrent of protest. Bachman shot the magnificent animal on a “canned lion” hunt in the Limpopo reserve. Canned lion hunting is not illegal in South Africa. Much of the criticism directed against her is extraordinarily violent and sexist. Whilst many thousands find what she did morally repugnant, the level of extreme vitriol is nothing short of a misogynistic maelstrom.

It begs the question, if Bachman had been a man, would she have attracted this outpouring of abuse?  Some examples of the responses on Twitter:

“I hope that c**nt gets vaginal herpes and dies”

“I want to punch this bitch’s teeth out”

“I hope she gets breast cancer and dies in pain”

A blogger who wrote an “Open Letter to Melissa Bachman” detailed the punishment he would mete out to her. After shooting her in the neck, he would mount her “disgusting botoxed face” on his wall. He then decides against this because “The last thing I’d actually need is your silicone-infested head dripping toxins in my fireplace.” He wraps up by inviting her back to Cape Town so she can be stabbed, but not before calling her a “gross whore”, hoping she has contracted HIV and saying she has sex with her cousin. Bachman, in total, “regresses the gender exponentially.”

According to this blogger it took one self-styled “huntress” to go on a legal lion hunt for the whole of womankind to be tarnished. So much for all those years of female emancipation and hard-won equality.

The online petition to bar her from future entry into South Africa is well-meant but probably needless. She is unlikely to dare to set foot there again with so many threats against her.  A petition to call for a ban on canned lion hunting may be more sensible as would a demand that the US, and other countries, ban lion trophy imports.

Others have called her “a disgusting disgrace to the human race”, “evil”, “a monster” and “a blight to civilisation” but the majority of the comments are more gender specific.  They focus on the female anatomy and implied sexual promiscuity.  Bachman has killed dozens of wild creatures before, it is her “hobby.”  It is something she makes no secret of as host of the TV show Deadly Passion. The huntress has now become the hunted as Melissa Bachman attracts an ever-increasing misogynistic maelstrom for her actions.

A reasonable comparison is the video posted by Bob Parsons in 2011 of himself killing an elephant in Zimbabwe. Parsons is the CEO of GoDaddy. This video, too, provoked a lot of online dissent. Like Bachman, Parsons was derided for his boasting, but the discussion was more intelligent. People pulled their business from his company as a relevant reaction to their revulsion.  Bob Parsons insisted that the elephant herd was destroying local crops so he was helping out. The argument back then was issue-specific. Should fat cat businessmen like him pay thousands of dollars to go shoot wildlife, even if they are posing a threat to agriculture. 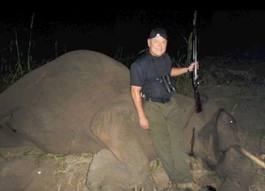 Parsons went on to explain that he had been personally approached by the sorghum farmer whose crops were being trampled, and that the Americans who had attacked him did not understand the situation in Zimbabwe. His triumphant smile, he said, was not of brute arrogance, but of relief that the people in that area would now be fed.  At no point was it ever suggested that he had regressed “the gender exponentially” by dint of being a man who had shot an elephant. Neither was his sexual prowess called into question.

The anonymity of twitter trolls seems to unlock volumes of vehemence and vitriol against women. A similar case occurred this year in England when a woman had the temerity to suggest having Jane Austen feature on the ten pound note. Caroline Criado-Perez became the subject of ferocious cyber-harassment after she launched her campaign.  She too was called a c**nt and a bitch and told to get back to the kitchen. It was after she was victorious, and the Bank of England announced they would no longer have an all-male line-up on their notes, that the aggression against her accelerated. 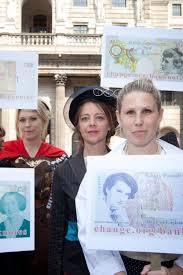 Criado-Perez began to get deluged by threats of sexual violence against her. In retrospect, she divided that haters into those who saw it as a “game: and those she took to be more serious. The “game” players would use the hashtag #rapecrew when posting threats of rape to her twitter account. “You need a good smashing up the a**se” and “Silence is golden but ducktape is silver” were ones she put in this category.  The “serious” ones are much more shocking. “First we will mutilate your genitals with scissors, then set your house on fire while you beg to die tonight” is one of the least graphic.

Then came the bomb threats. Although she could block harassers on her twitter, they went onto ask.fm to continue their punishment of her and continually said they would publish her home address. Small wonder she broke down.   She said it was like “carrying a tidal wave of hate around with me” that she was someone “to be both envied and hated.”

Eminent historian, and Professor of Classics at Cambridge University Mary Beard also suffered “vile” twitter abuse this year. Again it was consistently aggressive and sexual. She found the misogyny “truly gobsmacking” and enough to “put women off appearing in public.”  Professor Beard managed to name and shame one troll by re-tweeting his message after he called her “a filthy old slut” and said  “I bet your vagina is disgusting.”  Finding himself on the receiving end of mass condemnation Oliver John Rawlings apologised. “I was wrong and very rude. Hope this can be forgiven and forgotten.” was his reply. Once he was no longer anonymous he became accountable. 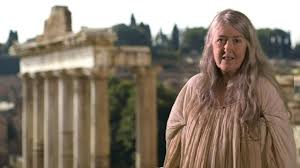 Now it is Bachman’s turn to get death threats and to learn just how far twitter users will go in abandoning common decency. She has protected her own tweets and Facebook, making them private, but so far made no public response. A new Facebook page has sprung into being, to further decry her. “Stop Melissa Bachman” has 145,004 likes while “Show Support for Melissa Bachman and Resist Anti-Hunting” in existence since October 2012 has 10,600 likes.

The South African conservancy where she shot the lion have said funds from hunting go to combat poaching and to mend fences on the reserve. They explained all meat was distributed among the local community.

The “heartless trophy hunter” as she was dubbed when dropped from reality show Ultimate Survivor Alaska, is the latest female to be publicly hounded and threatened on social media.  Many will say she deserves it. But will we ever have an equal society when it is women who continue to bear the brunt of such misogynist maelstroms of sexual abuse?