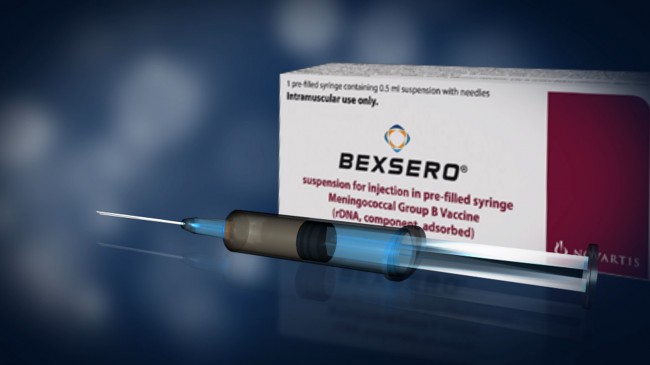 An eighth Princeton case has come to light as the Meningitis spreads across the campus. There are still tests to determine if this is connected to the previous seven. The diseases has spread across the campus since March this year.

One of the risk factors of the disease is people living in close proximity to each other and college dorm rooms and campuses are the perfect ground for the bacteria to jump from person to person. All students of Princeton and their parents have been made aware of the cases and that it is meningococcal serotype B that is spreading, a rare case.

Local authorities have planned to issue a vaccine that is not yet licensed in the United States. They are currently waiting for approval from the Center of Disease Control and Prevention (CDC). The Food and Drug Administration (FDA) has approved for the use of the vaccine, Bexsero, but only for students at Princeton. This vaccine is approved for use in Europe and Australia.

This new vaccination had to be brought in due to the strain. Current Meningitis vaccinations cover strains W-135, Y, C and A. There is no US vaccine that covers the B strain.

The ivy league school is not the only place to see the outbreak. Monmouth University in New Jersey and a local University of California campus in Santa Barbara, California, have also witnessed the disease spreading. Currently there is no link to the cases in Princeton—the first campus to see the outbreak—but there are continual tests whenever there is a new case. The Santa Barbara cases only started on November 11 and three people have been confirmed with Meningitis since then.

From the first two cases in California, the strains are different from each other and different from the Princeton case. There are different types of the disease, including viral and bacterial. Most cases involve the viral form. The CDC has confirmed that the chances of two campuses having the same strain of the condition is extremely low. Despite that, it seems they refused to rule out the possibility and used testing to confirm it.

It is scary for parents and students alike. This eighth Princeton case shows that Meningitis is spreading. Many students could be contracting the disease right now without realizing because the symptoms are very similar to common colds and the flu at first. If left untreated, Meningitis can lead to septicemia and long term disabilities, including mental and physical ones.

One Princeton student has explained where he thinks he contracted the disease from. Michael Moorin explained that he was in Greece and believes he got it from there. Moorin was the seventh case to be confirmed since March.

Testing on the eighth case of Meningitis in Princeton is underway to see if the same strain is spreading. The latest is a female and is currently in the hospital receiving treatment. Students are aware of the symptoms and know who to contact should they suspect a case but many are waiting for the CDC to confirm the use of the new vaccine.