Meningitis Spreads at Princeton: Are Students Being Used as Guinea Pigs? 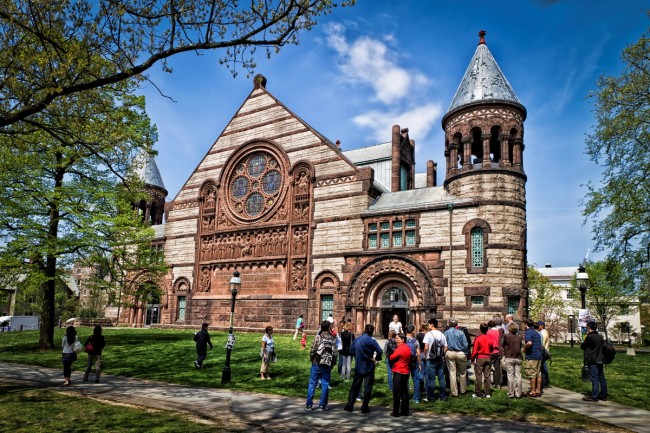 Recently, as part of a plan to contain the spread of meningitis on their campus, health officials at Princeton University have approved for use a vaccine that was previously not available for medical use in the United States. It was a high profile move and one that has caused much debate. Many health experts are left asking, was this a smart, proactive move by the university to protect their students or was it an irrational leap that is more indicative of our current medical culture’s propensity to side with pharmaceutical companies for expensive vaccines? Are the students now more safe or are they guinea pigs for the pharmaceutical companies?

Although students are normally vaccinated against meningitis before entering a university like Princeton, now eight cases of meningitis have been confirmed to have appeared on the New Jersey campus. Those infected have type B meningitis, which is a strain that is normally unknown to the US and the reason it has been allowed to spread.

In reaction to this mutant form of meningitis, The Food and Drug Administration have approved the use of Bexsero, a normally unavailable vaccine, which was later approved by Princeton. But did it all happen a little too quickly, or was that simply due to the highly contagious nature of meningitis?

Some, mostly anti-vaccinationists, claim that this is a rash decision that could put students who do not yet have meningitis at a greater risk of contracting the disease. Diseases are often contracted from less than perfect vaccines and this is certainly a possibility for those who get the vaccine.

Vaccines can also paralyze patients and leave them with life threatening disabilities. In addition, those apposed assert that this vaccine has not been properly tested and that health officials at Princeton are making guinea pigs out of their students.

However, so far four campuses across the country have seen meningitis and multiple students and visitors to these campuses have been in the hospital and in critical condition. Meningitis is a serious disease that can very often lead to death and even more often lead to permanent disability.

Another reason the universities decision to approve the vaccine seems credible is because this vaccine has already been used in both Europe and Australia. It is used in these countries not because their laws on vaccines are not as strict as those in the United States, but because they see more commonly the type B strain.

Many doctors have agreed with Princeton’s decision to move forward with this vaccination. Pritish Tosh, who researchers vaccines at the Mayo Clinic has publicly announced his support of Bexsero saying it has given positive results where it has been used.

Most Princeton students seem to trust their university health officials. The Daily Princetonian has reported that 76 percent of school students have said that they plan to participate and receive the vaccine. Apparently these students do not feel like guinea pigs, but are rather following the course of action outlined by their university.

Meningitis Spreads at Princeton: Are Students Being Used as Guinea Pigs? added by Nick Manai on November 24, 2013
View all posts by Nick Manai →

2 Responses to "Meningitis Spreads at Princeton: Are Students Being Used as Guinea Pigs?"