By Melissa McDonald on November 24, 20132 Comments 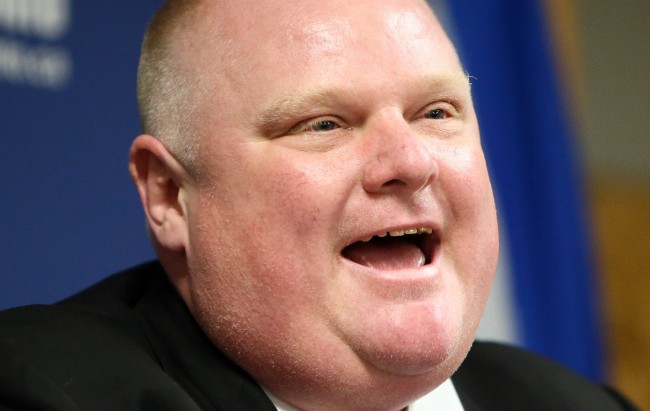 In recent news, Ford was questioned as to why the police had been dispatched to his house in the summer, with allegations of “domestic assault.” He has repeatedly shown vulgarity towards women which he demonstrated on live TV when he offered oral sex to his colleague. Afterwards, he defended his statement with a second bout of vulgarity and only emphasized his distastefulness, stating that he had enough to eat at home.

His involvement with prostitutes and escorts has been proven. He has admitted to smoking crack and is renowned for his “drunken stupors” and murder threats. He has stated that he is seeking professional help for an alcohol problem;  all this is coming from a man who holds the title as mayor?

He attended the football match between the Toronto Argonauts and the Hamilton Tiger-Cats, after being asked by the commissioner of CFL, Mark Cohan, not to do so. His complete disregard for authority is shocking and displays poor teachings about leadership. His actions would be categorized as immoral even if he was not the mayor. The fact that he holds this title, rightfully means that judgement will be passed upon him with greater criticism. However, this is something he knew before he became elected, and it is something he should have respected and taken responsibility for.

The perception of Rob Ford after the revelations of his actions, is that he is “an unfortunate situation for the city.” As their representative, he should have no permanent stains upon his reputation, and although he stated he is relieved there are no more skeletons lurking in his closet, Toronto is not so thankful.

He has been stripped of the majority of his powers. However, statistics show that he is more popular than Obama. How can this be? He has managed to get a 42 percent approval rate which beats Obama’s rating of 40 percent. 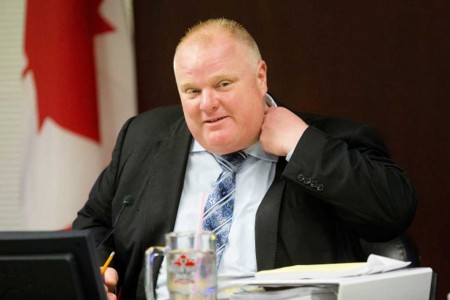 Regardless, many people in Toronto still accept Rob Ford with high regards and approve of his job performance. 60 percent of voters have taken a stance against his leadership and think that the mayor should resign. The people of Toronto still respect Ford because they say his problems and flaws are what makes him human, which is something they can relate to.

Despite this, Ford refuses to step down from his position and wants to be re-elected at the next election. He has threatened to take legal action against his critics, even though he only has himself to blame for his diminished powers.

His teachings about leadership have been extremely questionable. Ford had many visions for Toronto, which is why many people elected him as mayor for the policy direction he promised. However, with his personal life, “limitless ego and unformed character” besmirching the city’s authority, it can be certain that Rob Ford should, and will, be taken off his post as mayor.