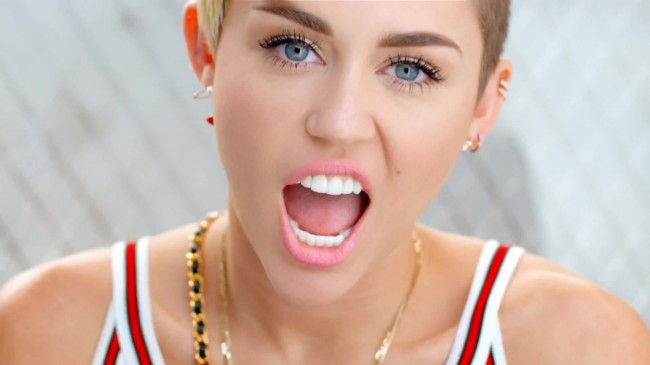 It seems it wasn’t quite such a happy birthday for Miley Cyrus after all, as she was burglarized before the big 21st birthday celebration could even begin.  According to a source on the scene, a lot of personal items were stolen from her Studio City home in Los Angeles on Friday afternoon.

Luckily there was no one was home at the time of the break in, so no one got hurt, and there was apparently no sign of forced entry, but it could have been much worse of course if Cyrus had been in residence when it happened.

Besides losing personal belongings, apparently Cyrus is “extremely upset” and really “shaken up about the whole thing”.  Of course, it is always so scary and rather ominous to think of someone breaking into your home and rifling through your personal belongings.

According to the Los Angeles Police Department, Cyrus’s home was burglarized at some time during the afternoon on Friday, that several things were stolen and that it’s an ongoing investigation.

This isn’t the first time something like this has happened, as in September last year Cyrus had a nasty experience with an armed intruder who tried to force his way into her home.

Luckily she wasn’t at home that time either and her employees quickly called the police and had the man arrested.

Miley Cyrus of course, spent her actual 21st birthday rehearsing for the 2013 American Music Awards (AMAs), which are set to be broadcast on Sunday, November 24.  This was probably not easy after her home had been burglarized the day before the celebration.

If anyone is wondering what Cyrus is planning to do at the AMAs, you will be happy to hear that she will be performing her hit song, Wrecking Ball, but that the performance will be a tad less controversial than her controversial appearance at the recent MTV Video Music Awards.  Yes, she won’t be naked, there will be no sign of an actual wrecking ball swinging on the set, and she won’t be licking any sledge hammers along the way.

Just in case you missed the original performance, the video is included below for your edification.

Once the American Music Awards are done and dusted, Cyrus is off to the theater of Beacher’s Madhouse in Hollywood Roosevelt Hotel, which is apparently one of the young popular singer’s favorite hangouts, where she will be hosting a private birthday bash

One thing of interest is that the Twerk Machine temporarily made quite a change to her appearance for her birthday.   Instead of her normal dark eyebrows, Cyrus  bleached them blond for the celebrations. She tweeted a new and original selfie on Saturday showing the new look, with tongue out in true Miley Cyrus fashion and very little makeup.  But, funny thing, later that same day, the dark eyebrows were back.

What do you think, is there a chance Cyrus may grow up and be less controversial now she has hit the milestone 21st birthday?  Only time will tell of course.  In the meantime, while having a weekend of endless celebration, Miley Cyrus will have to get over the fact that she was burglarized just before the big day could even get here.