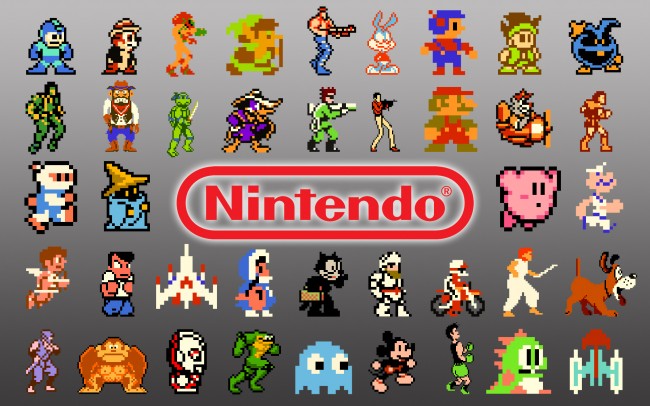 Nintendo differs from major competitors, especially in the recent years, from Microsoft and Sony most distinctly by surviving on the classic game franchises that have been their bread and butter year after year.  Titles such as Super Mario Bros. and Zelda have singlehandedly sustained the hardcore gaming market for Nintendo, as opposed to their attempts to attract the casual gamer demonstrated by some of the new features they introduced to the gaming marketplace with the Nintendo Wii.

Nintendo Wii was the first console to be centered on the idea of motion based gaming, which at the time seemed like a mind-blowing proposition for the global gaming community.  And at first it seemed like it really was going to function as all the hype had promised.  The Wii Sports disc included with the Nintendo Wii system included several games that seemed to function flawlessly with the motion oriented controller, and hopes rose collectively from the gaming world with the possibilities of how this might fit into their favorite classic game series and the potential for new sorts of game play that had never previously been imagined.

Large standouts among Nintendo’s Wii Sports lineup included Wii Tennis and Wii Bowling, which gained such a tremendous following that some gamers decided to form leagues based around both electronic activities.  The bowling version especially felt very close to the same technique and motions used in authentic bowling, and that most likely explains the reason why it remained the most commonly played launch title on the Wii for quite a long period of time.  The Wii Tennis, while not quite as authentic, was an exhilarating experience that seemed to capture the serving and returning motions of actual tennis quite remarkably.

If the fun factor and motion based realism present in both Wii Tennis and Wii Bowling would have held true for each and every retail title that followed on the system, than a strong case could have been made for Nintendo becoming the king of console gaming.  However, most of the motion controls within the games that followed were simply just not accurate enough.  Either the player had to make a motion that was not actually realistic to what they wanted to be accomplished within the game or run the fear of the realistic motion not being detected at all within the game, thus deleting the purpose, or moreover the fun factor, of motion based gaming in the first place.

Nintendo tried to correct some of these issues with a peripheral, but it never quite measured up to the standard created in the public to necessitate motion based gaming.  Nintendo’s Wii U faces the very same problem, that motion based gaming is not worth the trouble if it simply not flawless, it just gets boring after a while.  And at this point Nintendo continues to remain relevant because of the relentlessly popularity of games such as Super Mario Bros., Zelda, Donkey Kong, and a few other franchises.  But either way, players around the world cannot wait to play these games on a standard controller again someday instead of worrying about the motion based controllers.

3 Responses to "Nintendo Survives on Classics"