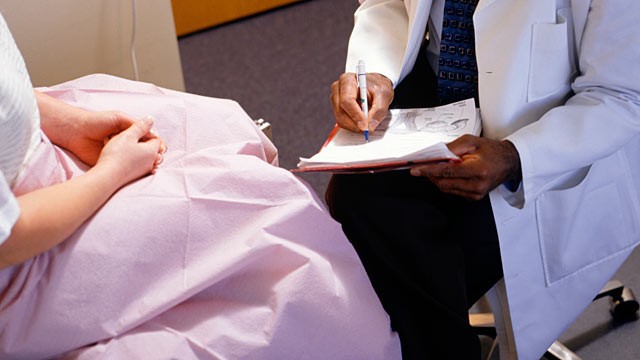 Cervical cancer screening tests, commonly called Pap tests, may be overused, at least in some groups of women, according to a researcher from Huntsman Cancer Institute (HCI) at the University of Utah.

The Pap test, also known as a Pap smear, is a routine test which checks for changes in the cells of the cervix.  The cervix is the lower part of the uterus, which opens into the vagina, or birth canal.  Pap tests are used to detect if a woman has any abnormal cells which could turn into cervical cancer.  They can also detect existing cancer.

According to Dr. Deanna Kepka, a co-author of the study,  nearly two-thirds of women who have had hysterectomies (surgical removal of the uterus) reported having had recent Pap tests.  In addition, about half of women over the age of 65 with no history of cervical cancer also reported having recent Pap tests.  Kepka says this  probably represents about 14 million American women who are having Pap tests that they don’t need.

Since 2003, the U.S. Preventative Services Task Force (USPSTF) has recommended that women in these two groups do not need Pap tests.  The USPSTF is an independent panel of experts in preventive and evidence-based medicine.

For their study, the researchers examined data from the 2010 National Health Interview Survey, an annual survey that has been conducted since 1957.  The survey included a representative sampling of the entire U.S. population.  Kepka says the survey included the most recent cancer control supplement, which is included in the survey every three to five years.  This supplement focuses on issues pertaining attitudes, knowledge and practices related to cancer prevention, risk assessment and screening.

She says that she hopes to see the tests being better-utilized in coming years as changes occur in health care infrastructure.  She believes that systems which are being put into place, such as electronic medical records and reminder systems, should create a more standardized approach among doctors, leading to fewer unnecessary tests.

Currently, it is recommended that women begin receiving Pap tests every two years when they reach the age of 21.  Women 30 and older who have had three normal tests can space their tests out to every three years.

Women who are 65 and older who have had three normal Pap tests in a row and have never had an abnormal test in the last ten years do not need to be tested anymore.  In addition, women without a cervix do not need testing.

The study results were published on November 25, 2013 in the Journal of the American Medical Association Internal Medicine.

Cervical Cancer Screening Overused in Some Groups of Women – EurekaAlert!

What Is the NHIS Cancer Control Supplement – National Cancer Insitute