Remembering the Career of Karla Alvarez

By Nancy Schimelpfening on November 16, 20133 Comments 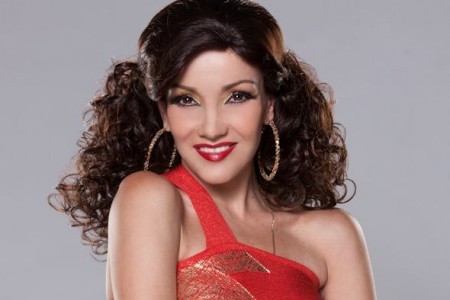 Fans of beautiful Mexican actress Karla Alvarez were greatly saddened this weekend when they learned that their favorite telenovela star had passed away on Friday from respiratory failure.  Gustavo Adolfo Infante, a journalist, confirmed the death via Twitter.  It has also been reported that she was found dead in her Mexico City apartment.  The actress was just 41 years old.

Alvarez was best known for playing the villain in numerous telenovelas.  The last show she appeared in was this year’s Qué Bonito Amor, in which she portrayed a streetwalker named Irasema.

Over the years, Alvarez has battled with alcoholism as well facing accusations that she had an eating disorder.  In fact, rumors circulated earlier this year that she had been forced to leave the show due to the fact that her problems with addictions were interfering with her work.

Alvarez got her start in show business in 1992 in María Mercedes.  In this production, she played a poor teenager named Rosario Muñoz who did not like her family’s situation.  This breakthrough role was to set the standard for the rest of her television career.

After this hit show, there were other novelas focusing on teens, such as Buscando El Paraíso in 1993 and Agujetas De Color de Rosa in 1994.  Then she appeared in dramas like Prisionera De Amor in 1994 and Acapulco, Cuerpo y Alma in 1995.

Then, in 1997, she received her first starring role, being cast in Mi Querida Isabel.  In this new role, Alvarez found herself cast in a new light as a law student taking care of her family after her mother’s death.  However, her fans, accustomed to seeing her play the villain, did not care for her in her new, softer role.

In 1999, she returned to her bad girl roots in a telenovela called La Mentira, in which she played Virginia Fernández-Negrete along with Kate del Castillo, who played her adoptive sister.  Jealous of her sister, her charcter works to ruin her life as much as possible.  She also toys with the affections of a man who loves her, eventually causing him to take his own life.  La Mentira was a big hit for Alvarez, sending her on to even greater fame as a TV villain.

Having discovered her true calling as a bad girl, Alvarez continued on this track, play villains in Mujeres Engañadas and Alma Rebelde, both in 1999,  and La Intrusa in 2001.  Following these, she then played roles in Vivan Los Niños in 2002, Inocente De Ti in 2004 and Heridas De Amor in 2006.

After taking a short break from TV work, Alvarez returned to telenovelas with Las Tontas No Van Al Cielo in 2008.  In this vehicle, she played Paulina Cervantes, a woman who abandons her family to travel the world.  Following this role, she was cast in Un Gancho Al Corazón, also in 2008, and Camaleones in 2009.

Her last ever role was in the telenovela Qué Bonito Amor, which came to an end earlier this year amid rumors of addiction.

Whatever the truth was about her personal problems, it is clear that Karla Alvarez’s fans will remember her for a long time to come and that her talent will be greatly missed.

Karla Alvarez Dead: From ‘Maria Mercedes’ To ‘La Mentira’ These Are The Telenovelas We Will Always Remember Her For

3 Responses to "Remembering the Career of Karla Alvarez"