Thanksgiving Now Being Called Brown Thursday by the Media 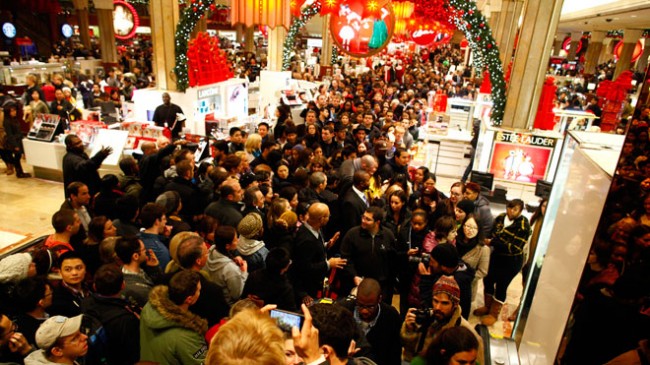 There is no better time for family and friends to get together than the holiday of Thanksgiving.

Everyone is gathering around to see all the food that is cooking or they are cheering on their football team. It is a time to relax and have a huge feast. Unfortunately, not everyone will be able to do that, as most retailers have started to open their doors for their customers as early as 6 p.m. Thanksgiving night, denying people enough time with their families. But, now the media has decided to come up with the most ridiculous headline: Thanksgiving is now being called Brown Thursday.

First off, that just sounds disgusting. Who in their right mind will be going around saying “It’s Brown Thursday!”? It sounds like they are excited to go poop. But, the problem is how the media loves to try to make up buzz words to catch on. Yes, there is Black Friday, but that has been long known as a day that retailers would be able to turn a profit and have their stores go from the red (a loss) to the black (a profit).

Jimmy Kimmel summed up his feelings on this phase when he did his monologue Thursday night:

If the media thought that this would get people talking about shopping Thanksgiving, well, they were way off. People have been slowly complaining about stores robbing workers of a holiday. There is a status on Facebook for people to post stating they will not shop on Thanksgiving. People have been polled saying they are not in favor of opening stores so early on Thanksgiving or even on the holiday at all. And Walmart, while they are opening at 6 p.m., tried to show some sort of gratitude for their workers by preparing a Thanksgiving meal for them to enjoy while dealing with the hordes of people who’d rather go out and spend time in a store than their families. Or worse, there are the people that camp out for a week at Best Buy to be the first in line to get the latest electronic deal.

So, if people are already bothered about how early stores are opening, why in the world would the media want to add to it? Is it for ratings? Or do they want to seem like the cool kids, and if they see something is done, they’re going to copy it? Also, as Kimmel asks, are we now going to have a color for everyday of the week? It makes no sense.

Yes, the media’s job is to report on the news. But, have they thought about what they are reporting on? Or do they just go blindly with whatever is trending on Twitter? Do they ever stop and think “hey, this might not be a great story our viewers would want to know about”? Or is it just that they like making up catchy words, such as “baby bump”? That is another annoying word, because a baby is not a bump either. It’s a baby.

So far, the phrase hasn’t been steeped into the brains of the American public. Maybe Thanksgiving being called Brown Thursday by the media will never catch on, and then maybe they will stop attaching a word to something.