The Ethics of Chemotherapy 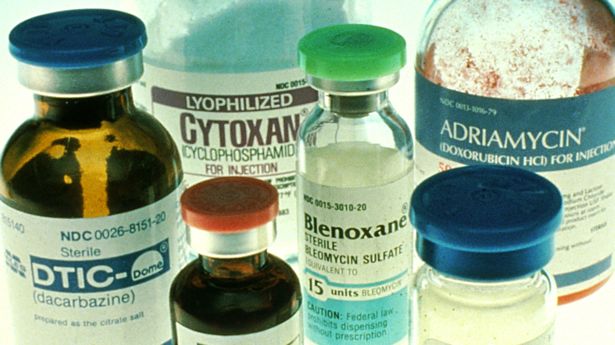 The ethics of chemotherapy span issues such as whether a hospital has the right to treat a minor against their, and their parent’s, will or whether an adult should choose their own alternative course of treatment.  Oftentimes, these “natural” treatments are not well established in medical science, nor are they tested for efficacy in those who seek to cure themselves.

In a recent case between an Amish family and the courts of Ohio, the Hershbergers and their 10-year-old child fled the United States in order to stop their 10-year-old girl from being treated after an appeals court appointed a guardian to decide medical decisions for the family.  Neighbors have spoken for the family, saying they are pursuing alternative, natural methods of treating their daughter’s tumors, growing on her kidneys, neck and chest.

In the medical world the only proper medical treatment is to continue with the chemotherapy that was started on the Hershberger child.  Now that the child has been removed from treatment doctors say that reinstating it would be complicated due to the break in chemotherapy dosages.  Oncologists would have to evaluate the child and determine the safest way to approach the child’s treatment plan for the future.

Do US citizens, who find that their minor child is suffering more than they deem necessary and who want to pursue less extreme medical measures, have to flee their own country to make that choice? What are the ethics of stopping chemotherapy and taking your child away to be treated by your own practitioner, whether they are pysicians or naturopaths?

Robert Gordon, a hematologist and oncologist, says, “In the early 1980s, the nausea and vomiting were so severe that people would almost rather have died. Today it’s the unusual patient who has significant nausea and vomiting that interferes with life.”  In fact, the worst part of some treatments is when the patient gets the “day after shot,” which helps build up the white blood cell count in a patient and is responsible for less vulnerability to sickness.

Patients today receive costly anti-nausea medications.  These pills and shots work very well, but the cost is very high, due to the newness of the drugs and their cost to manufacture. Those with insurance plans that cover these medications are fortunate, indeed.

In many cases, breast cancer patients are given their options by oncologists and oncological nurses, who will give them the best chance of surviving and thriving after medical treatment. Each course of medicine prescribed results in a better percentage of chance for the cancer patient to survive and not have a recurring instance of cancer.  This might mean surgery, chemotherapy, radiation, medication post-treatment, or any combination of these methods of fighting cancer.

Some women, given these choices, do not always accept the full prescription.  The oncologist will make certain that the patient knows the chances of recurrence of cancer are higher by not accepting all treatments advised by the oncological team.

The ethics of chemotherapy are made more difficult by the sheer numbers of patients seen for cancer treatment.  A parent of a child, who may be emotional about the suffering of that child through chemotherapy, who takes that child out of the chemotherapy treatment and into alternative practices may be endangering the child from a difficult but probable cure.  For some parents, this is the only moral answer, to flee the scene.  For adults, they are given the plan and have the percentages of possible explained to them.  It is up to the adult to consider those chances.