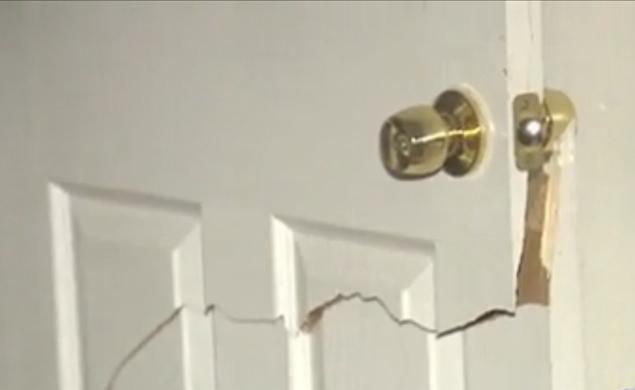 Tucson police, in a news conference today, released information on three sisters who escaped imprisonment in a filthy home and abuse by their parents.  The girls, who were under 24-hour video surveillance by their mother, Sophia Richter, and stepfather, Fernando Richter, were kept in separate rooms with crude soundproofing and a complex security system for up to two years.

Roberto Villasenor, police chief of Tucson, said that the malnourished sisters were tightly controlled in matters of hygiene and nourishment and were kept apart for a great deal of their captivity.  When rescued, the girls were extremely dirty and told officers that it had been four to six months since they had last been permitted to bathe.  They also reported that they had been allowed only one meal per day while in captivity.

The mother and stepfather of the girls had stuffed towels into heating ducts and under doors in a crude attempt to prevent the escape of any sound.  Loud music continuously piped into each girls’ bedroom was replaced with loud static to reward them for behaving.

The captivity of the sisters ended on Tuesday when the two younger girls, 12 and 13, were able to escape to a neighbor’s home where they reported that Fernando Richter, 34, had come after them with a knife after kicking in their bedroom door.

After searching the home, Tucson police found the eldest sister, 17, locked inside of a different bedroom, at which point the mother and stepfather were arrested.

Tucson police have charged parents Fernando Richter and Sophia Richter, 32, with the physical and emotional abuse of a child and with kidnapping for holding the sisters captive inside of their filthy home before they managed to escape.  The stepfather has also been charged with the sexual abuse of a child under 15.

According to Villasenor, additional charges can be expected.  Police are now reviewing the 17-year-old’s journal, which she wrote over more than 18 months of abuse and captivity.  The journal was kept in a bag along with a picture of Enrique Iglesias.  When the picture was returned to her on Wednesday, the police described her as overjoyed.

Since their escape, the sisters have undergone medical evaluations and been placed in the care of Child Protective Services.  Officers are working to make sure that after years of being apart, the girls will be kept together.  Villasenor stated that during their reunion on Tuesday night, they talked about how each had changed in appearance since the last time they had seen each other, which was reportedly two years ago.

The biological father and grandmothers of the girls were told that the family was living in California.  To provide validity to the lie, Sophia Richter kept a cell phone with a San Diego number.  She also told the officers that she home-schooled the sisters.

Before the 4 a.m. call on Tuesday, police had twice been called to the home by Fernando Richter, once to report that he was being chased by teens, and other to report a robbery.

The Richter’s have been a couple for approximately 10 years, three or four of which as husband and wife.  They moved into their current home in August 2013.  One of the family’s former homes outside of Tucson shows sign that the sisters, who escaped their filthy conditions and years of abuse and imprisonment by their parents, were also held captive there.  Both of the Richter’s are currently in the Pima County jail under bonds of $100,000 for Fernando Richter and $75,000 for Sophia Richter.