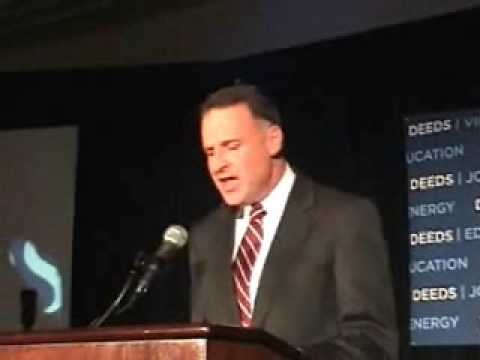 Senator R. Creigh Deeds of Virginia was found stabbed and extremely injured early Tuesday morning in an assault which occurred inside his home in Bath County, just west of Charlottesville. A second individual was also discovered in the house and was declared dead, stated Virginia State Police.

Corinne Geller, which is a spokesperson for the Virginia State Police department, refused to comment except for a brief announcement issued Tuesday morning. Police were planning a more detailed briefing around noon in Charlottesville.

She stated that Senator Deeds was critically injured after being stabbed “multiple times”. The other individual who was found was allegedly believed to be his son, Austin “Gus” Deeds”, who had suffered from a gunshot wound. It was supposedly Gus Deeds who was the person found deceased.

Law enforcement officials are investigating at this time what exactly happened, and what caused the violence that occurred. No authorized story has been released to the public at this time.

They were instructed to go to Deeds’ home at about 7:25 a.m. stated an unofficial report where they found the injured senator and deceased person. Senator Deeds is age 55, and is currently being treated at the University of Virginia Medical Center in Charlottesville, VA.  He had to be flown there due to the severity of his injuries.

Senator Deeds, who is a Democrat, had run for Virginia’s attorney general back in 2005 and also for the role of governor in 2009. He is a representative of Bath County and neighboring areas, which include the city of Charlottesville.

Deeds has served inside the Senate since 2001. He moved to that government chamber after 10 years spent in the House of Delegates. He was Virginia’s commonwealth’s attorney for Bath County from 1987 to 1991.

Virginia is a part-time government, so Deeds keeps a private law practice where he focuses predominantly on both wrongful death and also personal injury cases.

The senator was born in Richmond, Virginia and raised in Bath County. He earned a bachelor’s degree from Concord College and then got his law degree from Wake Forest University. He got a divorce from his first wife, Pam, in 2010, after they had been married for almost 30 years. Deeds wed his present wife, Siobhan, in 2012.

Back in 2009, when Deeds was running against the Republican candidate Bob McDonnell, Gus Deeds and his sibling Amanda aided in their father’s campaign. They were right in the middle of Deeds’ associates as he went around visiting college campuses all over Virginia in order to gather up voter support from the younger generation.

According to one family profile written during the time of the race, Gus was stated as being a 20-year-old junior at William & Mary College. It is believed that Gus took a semester off from school that year to help his father with the campaign.

It was the same year that the younger Deeds was arrested in May 2009 for being caught drinking underage.

Hopefully Senator Deeds will be able to recover fully from his stabbing injuries.