Was Elisa Lam Murdered by a Ghost? 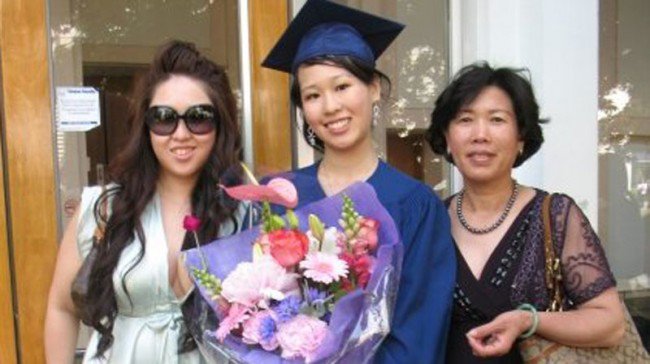 Was Elisa Lam murdered by a ghost? Many on the internet seem to think so. The latest viral meme on Facebook is the story of a Canadian woman named Elisa Lam, who was found dead on the roof of a hotel inside one of the building’s four water tanks. No one knows how she got there, and the case is being called “eerie” and “a possible case of possession and murder.” Police are stumped as to how this lady could have ended up drowned in a water tank on top of a hotel, say reports.

Central to the rumors and theories is a video of Lam just before she died. She seems to be wrestling with a malfunctioning elevator and acting strangely; as the website Vigilant Citizen puts it: “almost not human.” Lam appears to be peeking in and out of the elevator as if something is following her. The elevator doors look as though they are functioning in a very odd manner. Lam’s death has been ruled an “accidental drowning,” but the internet thinks differently. Story after story has appeared on Facebook along with the video as “proof” that Lam is being chased by someone-or something-and the images of her acting strangely are offered as a smoking gun that certainly, a ghost, evil spirit or demon of some kind is harassing her. Was Elisa Lam murdered by a ghost?

No. Elisa Lam was not murdered by a ghost. In fact, the most interesting thing about this story is that it is a perfect example of how the brain fills in details and looks for “evidence” of what the viewer wants to be true. This phenomenon is also known as “confirmation bias.” According to The Skeptic’s Dictionary, confirmation bias is a scientific, psychological term that “refers to a type of selective thinking whereby one tends to notice and to look for what confirms one’s beliefs, and to ignore, not look for, or undervalue the relevance of what contradicts one’s beliefs.”

That means that when watching the video of Lam in the elevator, the brain of the viewer erases logical explanations for Lam’s behavior and looks for supernatural phenomenon where none exists.

The fact is, Lam’s death and her behavior leading up to her death can be explained by numerous possibilities, all occurring in the natural world. One, for example, is that Lam had a psychotic break with reality, began hallucinating, and committed suicide or drowned by accident.

In fact, this is the most likely scenario. USA Today wrote that the police report ruled Lam’s death accidental, and that it also stated Lam suffered from severe bipolar disorder. Of course, the reports going around the internet conveniently omit Lam’s mental illness, and instead, focus on the fact that no drugs were found in her system and that she was not a known drug user. Again, a perfect example of confirmation bias: omit the information that doesn’t support the hypothesis and focus on information that does.

The police report also states that the water tank in which Lam was found had “unlocked openings.” With regard to confirmation bias about the water tanks, the memes going around social media leave out the fact that the water tank in which Lam was found was unlocked, and instead, focus on the fact that the tank was behind a “locked and alarmed door that only employees had the key to.” However, the important information erased from this section of the story is that the tank could also be reached by climbing by an unlocked, unalarmed fire escape that is very accessible and that anyone can climb with little effort, especially a fit 21 year old woman.

Lam’s behavior in the elevator has been described as “almost not human” and “very strange” by many memes on the subject, and yet, to the critical thinker, her behavior looks exactly like that of someone having a manic episode or who is otherwise confused.

The “malfunctioning” elevator? Again, the stories don’t focus on the fact that Lam can be clearly seen punching multiple floors over and over again. This will cause any elevator to open and close its doors multiple times; and there is nothing mysterious or supernatural about that whatsoever.

Was Eliza Lam murdered by a ghost? No. Absolutely not. Every circumstance in Lam’s death can be easily explained by the natural world, and it dishonors her memory and struggle with mental illness to fabricate outlandish stories about non-existent supernatural entities or some bizarre and nearly incoherent “conspiracy” theory about the hotel in which she was staying. Let’s stop the childish reports and let Lam’s family grieve in peace without having to see such nonsense spewed forth about their loved one.

88 Responses to "Was Elisa Lam Murdered by a Ghost?"