Xbox One Takes Huge Bite out of PlayStation 4 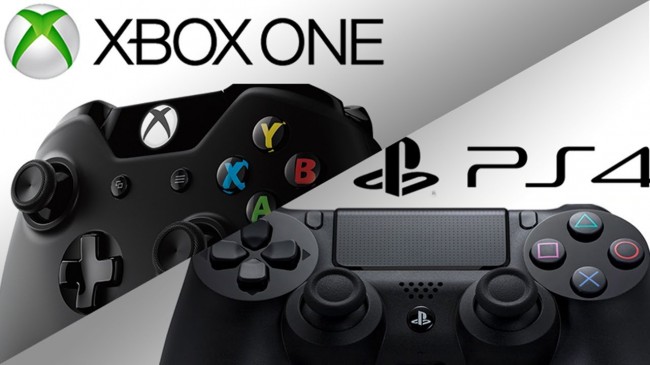 Just 24 hours after the launch of Microsoft’s new entertainment console, Xbox One, they have already reported meeting their goal of selling 1 million consoles. With the retail cost of the Xbox One at $499, Microsoft succeeded in taking a huge bite out of PlayStation 4 profits from their close competitor, Sony. This comes just one week after Sony reported selling 1 million units, at their launch of the PlayStation 4, which launched with a price of $399. Given that most consumers likely purchased extra accessories, such as controllers and games along with their Xbox One, it translates to well over a half billion dollars that were hijacked from Sony’s pockets.

The Xbox One launched at midnight Thursday in 13 markets around the world, making it the biggest Xbox launch in the companies gaming history. The launch was so successful that the Xbox One is now sold out at many retailers, but Microsoft officials said they are working to replenish their stock as quickly as possible to meet the public’s demand.

Microsoft’s corporate vice president of marketing and strategy at Xbox, Yusuf Mehdi, recently said that Microsoft was humbled and grateful for their fans all around the world. He went on to say that it was a very special moment, for the Xbox team, to see all the excitement that the thousands of fans generated at their wide-spread launch events. To counter all the shortages at retailers, Mehdi committed the team to working hard to create more Xbox One consoles, as they looked forward to fulfilling many holiday gift wishes this upcoming season.

With the PlayStation 4 launching a week earlier than the Xbox One, Sony originally had an early sales advantage over Microsoft. But, with a price point of the Xbox One set at $100 higher than the PlayStation 4’s price point, that one-week advantage now seems quite mute. Clearly there is plenty of room in the gaming world for both competitors, but at this early time, Microsoft seems like the winner by taking such a huge bite in profits away from Sony.

Microsoft’s prior gaming system, the Xbox 360, ended up selling over 80 million units, which generated many billions in sales for the company. When added to the billions in revenue generated by other video game publishers and gaming system manufacturers, it makes the video gaming industry one of the most lucrative businesses in the world.

Some interesting gaming facts have already been released by Microsoft, who launched their Xbox One with only 22 games. In a little over the first 24 hours, 60 million zombies were slaughtered in Dead Rising 3. In the game, Ryse: Son of Rome, 8.5 million enemies have seen their demise. The odometer for the driving game Forza Motorsport 5, has players hitting over 3.6 million miles. The fighting game, Killer Instinct, has already seen over 7.1 million combos thrown by its players. The final stat released was for the game Xbox Fitness, which reported exercisers have already earned more than 43.3 million Fit Points.

At this early stage, it’s impossible for anyone to guess who will emerge as the winner between Sony’s PlayStation 4 and Microsoft’s Xbox One. But with each sale of the Xbox One, Microsoft continues to take their huge bites of profit directly from Sony’s pockets.