Xbox One Versus PlayStation 4: A Parent’s Buying Q&A 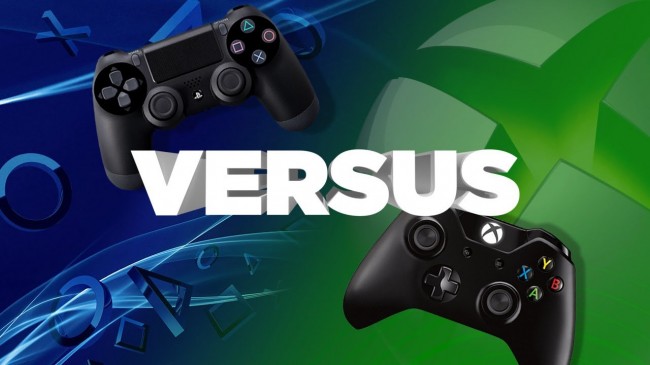 The Christmas buying season, despite the fact that many haven’t finished cooking their turkeys yet is well under way. The burning question on many parents’ minds is, “Xbox One or PlayStation 4?” The heated debate that endlessly rages around the battlefield of the Xbox One versus PlayStation 4 argument kicks up a lot of dust—a parent could use a buying guide.

With a scroll of technical specifications, promised peripheral doo-dads, platform-specific game titles and the promise of marginally-wicked children everywhere: “if you just get this for me!” the choice of “which one!” isn’t always clear.

Simplifying the discussion can be very helpful. Here are some helpful questions and answers:

Q: “Why buy another console for my family?”

This is a legitimate question. Many people own perfectly good game consoles already and the idea of buying another one can be daunting.

Consider this: Microsoft and Sony have both committed to continue to produce hundreds of games for both the Xbox 360 and the PlayStation 3.

Microsoft’s Senior Vice President of Online Audience Business, Yusuf Mehdi, believes that the Xbox 360 market has 3 good years left in it. Additionally, he has said “We’re going to continue to invest in Xbox 360, and the two devices [PS3 and PS4] can work in concert.”

The base of Xbox 360 owners is an estimated 300 million people, and Mehdi says that Microsoft is not going to endanger future earnings by stopping product development for current customers.

Their Worldwide President of Studios, Shuhei Yoshida, says not to worry, they will also continue to make new games for the PS3. In an interview with Gamesindustry.biz, Yoshida said, “So we’ll have a parallel strategy with PS3 and PS4, like we had between PS2 and PS3. PS3 was launched in 2006, in the sixth year of PS2, but PS2 lasted for another five years. I don’t know if PS3 will last another five years – but definitely for the next couple of years, because of the price difference, the great library of games and the publisher side being able to support both.”

So is it necessary to get a new console?

Need a little spice to make this answer easier for the would be next-gen-console recipient to swallow? Microsoft has announced plans to release 100 more game titles for the Xbox 360 after the release of the Xbox One while Sony will continue to develop for at least 2 more years.

Q: “But won’t the Xbox One and PlayStation 4 be way better systems? Can’t they just—I don’t know—do more stuff?”

The idea that new consoles can do more for the owner than previous models is, well—it’s kind of the point. The gamers keep up on the changing trends of hardware and software, but if a reader is not in “the know” then it would be hard to understand what-does-what.

Both consoles are capable of significantly more than either of their predecessors. The computers that run them are more powerful. The video capabilities are higher resulting in more complex textures and animations. What remains on the list of “more stuff,” though, has little to do with video gaming.

Xbox One and the PlayStation 4 executives want buyers to know about their media capabilities.

The Xbox One, for instance, lets a gamer plug any HDMI device directly into it, allowing it to integrate into any room’s media experience. Program, catalog, and access cable channels? Check. Netflix, Hulu, and Amazon Video? Check. A quasi-sentient robot camera a la George Orwell’s 1984? Check.

No, seriously, the Xbox One’s Kinect sensor–it’s a camera, motion sensor, and microphone that come with the console. If it’s plugged in it will always know if the gamers are in the room and its microphone is always listening.

This allows for all sorts of very cool interactions and automatic functions that no previous console has ever been capable of, so this is not necessarily a bad thing. Microsoft has even addressed concerns about privacy that erupted after the capabilities of the Kinect were released—the thing collects data and is hooked up to Microsoft servers when connected to the internet.

Microsoft emphasizes that “You are in control of what Kinect can see and hear,” noting also that users and family privacy settings can be easily set and changed during setup or any time after.

PlayStation 4 is rich in non-gaming abilities as well. Aside from the video / T.V. integration expected from today’s consoles, Sony has upped the performance of the PS4 controller.

Sony’s official PS4 site has this to say: “Engage in endless personal challenges with your community and share your epic triumphs with the press of a button. Simply hit the SHARE button on the controller, scan through the last few minutes of gameplay, tag it and return to the game—the video uploads as you play. The PS4™ system also enhances social spectating by enabling you to broadcast your gameplay in real-time”

So do they do more?

A: “Yes, a lot more, but do your research and make sure all that ‘more’ is something you want for your gamer.”

Price is also a factor in this Xbox One vs. PlayStation 4 sales tug-of war. A parent buying a new console this season might choose to use cost as a guide.

On release, the basic Xbox One package costs $499 in the U.S. The Xbox One standard package contains one wireless controller, a headset for chatting while playing online, an HDMI cable, and the power supply.

The basic PlayStation 4 comes boxed with the console, one wireless controller, and retails for $399.

Q: “Are there any other options out there? I mean, is it really just a decision between the Xbox One and the PlayStation 4?

As a matter of fact yes, there are other options.

Independent developers have finally thrown their hats into the ring and the console wars may be about to heat up. With recent—and more affordable—late comers like the Android OS based Ouya console have made some waves, albeit small ones.

The Ouya was originally a Kickstarter campaign, and it is currently the most successful in Kickstarter history. Raising over $8 million in funding, they launched a console that can be purchased at major retailers for as little as $99. Targeted at “casual” gamers, it has had a relatively lukewarm reception so far.

Other Indies have popped up as well. The Oculus Rift, independently developed by Palmer Lucky, is a “Virtual Reality Headset” that is advertised to “change everything.”

Retailing for $300, it expects to be the real next-generation of gaming.

And, then there’s the Steam Box.

Did the gaming world forget about PC’s and Mac’s altogether? Video gaming—the majority of video gaming worldwide—takes place on the computer. Why do most consoles separate from the computers that are already fixtures in most households?

Steam says that’s about to change.

If one is unfamiliar with the Steam downloadable game service for the PC and Macintosh, think of them like an Amazon or an iTunes. One can connect to Steam’s client, browse a catalog (Steam’s service boasts a catalog of over 2000 game titles), buy something and start playing.

Valve, the developers of the Steam “digital distribution” service have decided to bring those PC games into the living room.

The upcoming “Steam Machine” is potentially a viable contender, promising to make itself the third choice in what has looked like a two-way fight.

Is the Steam Machine going to be “just another console”? Valve says “nuh-uh.”

Releasing with access to the thousands of games in its library (Xbox and PlayStation usually have hundreds of titles available for any console), the Steam Machine console will allow gamers to wirelessly stream the games from their PC to their television. They’ve even developed a hand-held controller that will work with the Steam Box or PC.

While the technological prowess isn’t fully discovered on the Steam, one thing is certain. It can do anything a PC does.

What will it cost? That is uncertain. The company is releasing 300 beta consoles to applicants on their website, and those ship this year. They are expected to be available for purchase in 2014.

The summary? There are other options to Xbox One and PlayStation 4 such as:

Asking questions about the products and their competitors can help clear some of the confusion about which console to purchase this holiday season. The Xbox One and the PlayStation 4, whichever one may be thinking of buying, is sure to win the appreciation of the lucky kid who opens it on Christmas morning.

If a consumder decides to delay the decision for another day, they can be comforted in the probability that prices will go down, the number of games available to play will go up, and many of the dreaded “bugs” that come with new technology will likely be resolved.

Ready for the next step? Make that purchase—join the Xbox One versus PlayStation 4 buying frenzy this season—but shop wisely, with the help of the information from reliable sources, reviewers, and buying guides.

Either way, whether a buyer is still on the fence or are all geared up to face the throng of holiday shoppers—shop thoughtfully, carefully, and consider all options.

6 Responses to "Xbox One Versus PlayStation 4: A Parent’s Buying Q&A"