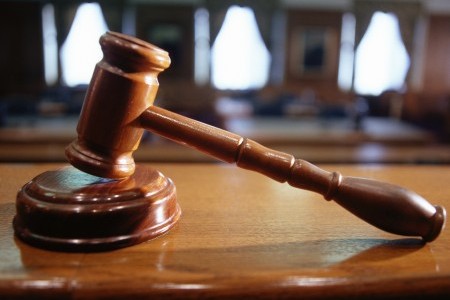 Is it possible that “Affluenza” could be a new defense strategy in drunk driving vehicular homicide? Apparently so.  It isn’t a foreign idea in this world that “money” talks, but when a 16 year-old boy’s blood-alcohol levels are three times the legal limit and he has killed four pedestrians with his super-sized truck, the accused has violated serious laws and no amount of Affluenza should grace him with a slap on the wrist for his crimes.

According to police, 16-year-old Ethan Couch, resident of Keller, Texas, along with his friends, robbed a store of two cases of beer and inebriated themselves. Couch, the driver, then slammed his Super Duty Ford F-350 truck into four pedestrians, killing the victims.

The incident occurred in June. Today, the only penalty Couch received for the under-age drinking related, non-accidental, vehicular homicide was a sentence of 10-years probation, supposedly due to a psychological disorder,  “Affluenza,” involving wealthy young people.

Prosecutors for the case asked for 20 years; vehicular homicide, due to drunk driving, permits lengthy sentences. Furthermore, Couch far-exceeded the legal limit of alcohol intake, and he had pleaded guilty to manslaughter and assault by intoxication. Aside from the fatalities, two of his friends in the truck were seriously injured; one of them cannot talk or move.

However, seeking to make Affluenza a new defense in drunk driving vehicular homicide, lawyers for the teen defendant introduced the theory with the help of a psychologist. The psychologist said that Couch suffers from Affluenza, which in this case is a condition where money shields a person from problems and responsibility, especially when parents pay for a lifetime of privilege.

According to the Tarrant County District Attorney, Couch could do 10 years in jail if he “slips up” while on probation. Also, Couch is to get therapy, according to State District Judge Jean Boyd, who mildly sentenced the teen.

Opposed to the unfair sentencing, experts are saying that today’s lenient verdict would only sorely undermine the legal system by demonstrating “self-absorbed” people would never realize the significance of their actions.

The prosecutor, disappointed by the outcome, said that Couch would only end up in trouble again. Couch’s lawyers justified the sentence by saying that if Couch had went to prison, he would get released in two years, with no further supervision, and that on probation he would be under the court’s observation for 10 years.

Eric Boyles lost his wife and daughter that night. He told CNN that he was shocked by the sentence. Boyles said, “There are absolutely no consequences for what occurred that day.” He said that the probation sentence has tossed his healing process out the window.

As “Affluenza” now becomes case-law, used as new defense strategy in drunk driving vehicular homicide, Couch’s parents are set to spend $450,000 or more annually for the teen to attend a rehab facility in California.

So does using “Affluenza” constitute a dangerous legal precedent? Or does it once again prove the disparity between wealth and privilege and regular society? Comments are welcome below.