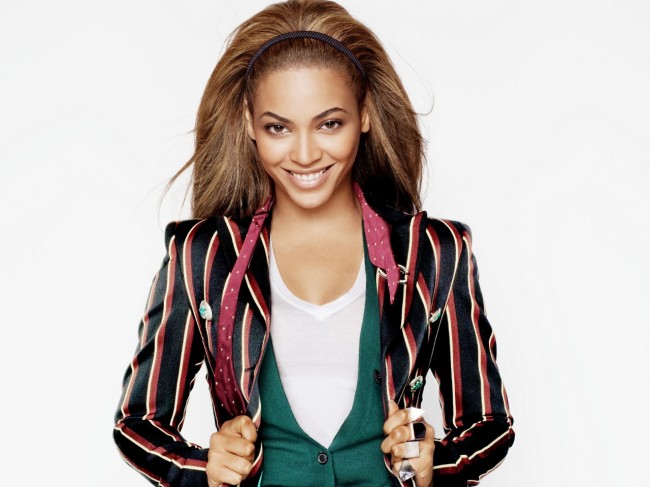 It happened in Las Vegas at the December 6 concert. Beyoncé posted a video on her YouTube channel of the event titled Taylon, which surrounded the terminally ill cancer patient named Taylon Davis. In the video, the girl in a wheelchair says, “I am having so much fun. I can’t wait to see Beyoncé.”

We are hearing about this event at roughly the same time we learned about how Beyoncé and Jay Z spent $100,000 on alcohol Friday at an Atlanta club. Although some people were critical of the lush over-spending event, it is hard to be too critical of this couple. Beyoncé repeatedly goes out of her way for her fans. There are some gifts that cannot ever have a price tag put on them, and Beyoncé making the terminally ill 12-year-old Taylon’s wish come true is one of them.

Taylon is suffering from a brain cancer that is inoperable. During the show, Beyoncé, standing in a harness, flew over to Taylon. She looked like a fairy from one of Taylon’s dreams as she knelt before the girl and gave her a hug. Then they broke out in song doing Survivor, one of Beyonce’s classic hits, and then Love on Top.

Taylon was at the show with her mother, and the two were visibly overwhelmed. Although Beyoncé and Jay Z spent over $100,000 on alcohol Friday night, her fans remember all she has done for them. It was only the other day that Beyoncé showed up in a Walmart store and handed out $50,000 worth of gift cards. Fans would probably agree that just the two gift events alone, the Taylon Make-A-Wish event, and the Walmart $50,000 gift card event, earned Beyoncé the right to party and celebrate her life any way she chooses.

Beyoncé has a halo-effect going for her this holiday season. She is the woman who has it all: success, stardom, wealth, husband, baby girl, and plenty of well-wishes and gifts from her fans as well. Beyoncé did not forget about anyone this Christmas, and she can only be said to be working extremely hard this holiday season. Most mothers would be happy to be at home with their baby girl; Beyoncé is out on the road, traveling and working, celebrating and living her life to the fullest.

The 12-year-old girl was moved to tears as a Beyoncé made her wish come true. Covered in a blue sparkly outfit, Beyoncé serenaded her and encouraged her to be strong. There will not be many dry eyes in the house after watching the video. Seen in the video with a glowing headband, Taylon herself looked like an angel who had just had her Christmas miracle wish come true. Beyoncé has been full of surprises this year. Not only did she sing with blind fan Sophie Kotkis in Australia, but the iTunes release of her Beyoncé album was itself a big surprise.

Beyoncé can probably be said to have made a wish come true for each of her fans, one way or the other, this year. But 12-year old terminally ill Taylon Davis probably appreciates it more than anyone.

One Response to "Beyonce Makes a Wish Come True for Terminal Girl, 12"