By Jim Malone on December 5, 2013Comments Off on Boston Bruins Injury to Boychuk may Spark Safety Controversy 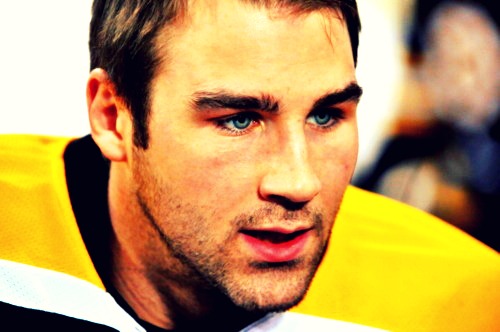 The Boston Bruins injury to Boychuk may spark a safety controversy in some circles. With the Jaguars and Texans on as the only football game available, the local audience for the Bruins game was larger than usual. When that entire audience had to watch as the game stopped just minutes into the game to allow Boychuk to be evaluated, then strapped to a board and carefully wheeled off of the ice, it became inevitable that all of the morning shows would be talking once again about sports injuries and the dangers of playing hockey in general. The visuals of him struggling to get up off of the ice, and then being surrounded by medical staff as he was being cared for were emotionally gripping, and are destined to be re-played all night.

The injury, occurring just over four minutes into the game when Boychuk was hit by Max Pacioretty of the Canadiens. The hit,while significant, would not be considered excessive or dirty by hockey standards, although Pacioretty did receive a penalty for boarding. Despite the seemingly routine hit, an apparently significant injury was the result. That being the case, it seems inevitable that the conversation will turn now to player safety. The NFL is currently fielding lawsuit after lawsuit from players suffering the long-term effects of injuries that happened while playing the game. The league has been engaged in attempts to prevent player injuries for the last several years with everything from rule changes to youth football education programs teaching safer in-game practices. After a night of replaying the sight that people who were watching the Bruins game just saw, the NHL will be fielding questions about player safety by morning.

The public relations staff of the Boston Bruins has issued a statement that Boychuck has demonstrated the ability to move his extremities, but the fact that they needed to say that speaks to the potential severity of the injury which will almost certainly spark the controversy once again over player safety. Studies are being done with increasing frequency to determine the key issues related to hockey injuries and their prevention. Many of those experts will be tapped to discuss this topic on morning sports talk shows across the nation. It is a conversation with passionate views on both sides. Hockey enthusiasts resist any attempts to move toward less contact an physicality, while safety advocates lobby constantly for changes in the rules and procedures.

Youth football has shown a significant decrease in enrollment across the board, owing to the increased scrutiny of safety issues, with parents reluctant to expose their children to the dangers that have been suggested with respect to repetitive trauma injuries and their long-term effect. Hockey has always been viewed as a potentially dangerous sport, yet youth hockey leagues in the US and Canada are thriving. With a few more injuries to high profile players like Boychuk from the Boston Bruins, however, anything is possible. At the very least, we will be hearing a lot more about it in the days ahead.

According to a study by Dr. Michael Cusimano of St. Michael’s hospital in Toronto, Ice Hockey causes 44.3% of all traumatic brain injuries among Canadian kids, yet Canada and hockey are nearly synonymous. Another study, published in the British Journal of Sports Medicine that followed professional hockey players for four years indicated that professional hockey players suffered no more serious injuries statistically than in other professional sports. That same study indicated that the most common injuries were to players who were out of condition within the first month of the season, and among defensemen, who showed an increased instance of concussion.

This statistic is interesting in light of the fact that tonight’s injury is the fourth time that the Bruins have had a defenseman need to leave the game before the first intermission due to injury this season. Regardless of where you stand on the issue, there is no doubt that there will be ample opportunity over the next couple of days to hear the statistics about it. The injury to Boston Bruins player Boychuk will get lots of play on the overnight, and by morning is certain to spark plenty of conversation about the controversy surrounding sports and safety.