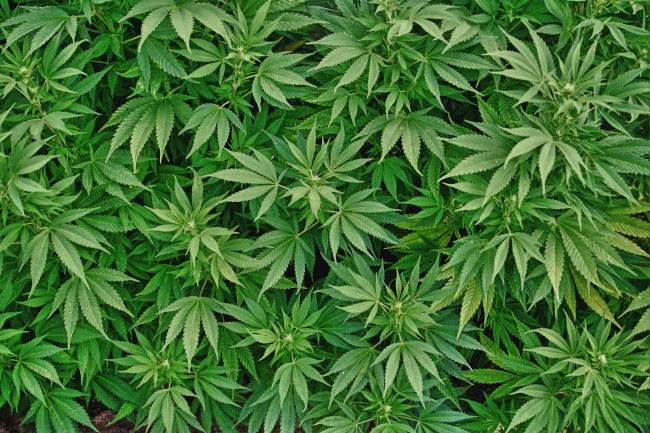 A lot about Cannabis has been in the news lately with regards to legalizing medical marijuana for personal use. Well, now cannabis is helping dogs and cats in Washington state.

Sarah Brandon, a Seattle veterinarian says conventional marijuana that humans consume contains high levels of THC. That THC is not good for your dog or any other pets, due high levels of psychotropics or the part that makes a human high. When animals take in cannabis with these psychotropics it can often cause them paranoia, anxiety and stress.

On the other side, Brandon is a co-founder of Canna-Pet and her 5-year quest has uncovered a way to let dogs gain the health benefits that the cannabis can offer. Just like their best friend, humans.

Canna-Pet has taken their experiments with hemp and other plant parts that usually don’t have any THC. What they found was that the benefits of cannabis still remained even without the THC.

At first the group tried the Canna-Pet on their own pets and expanded the test to other furry patients. Once the cannabis had gone to the dogs and cats in the study, Brandon would fine tune the recipe and come up with all natural compounds from the hemp. Phytocannabinoids, flavonoids, and terpenes make up the Canna-Pet product, and all three make up the human kind of THC. Yet the psychotropics are nearly non-existent at 0.3 percent in the pet version.

The tests that Brandon and her team produced, showed 100 percent of the dogs and the cats’ reactions were positive. Anti-inflammatories are a common drug among dogs and cats and the side effects can often cause vomiting. Canna-Pet will allow a dog to take smaller dosages when supplemented with the new herb. What Brandon found was that the cannabis’ cannibanoids are great for helping to control inflammation and reduce pain from arthritis in dog and cats. This reduction in pain will ultimately work toward keeping the pet calm too.

The new pet medication is actually considered a supplement because no prescription from the vet is required. Legally it’s considered made from hemp and not marijuana or cannabis.

There are no fears that the pets’ owners will start stealing their dog’s stash, as humans can’t get high from Canna-Pet. Brandon wanted people to know that her associate and co-founder Dr. Greg Copas also believe that cannabis does have a place and use in human medicine. They’ve now proved that it has a place in veterinary medicine too. Brandon and Copas say that Canna-Pet is something that can conscientiously be used to help a lot of animals.

Brandon says Canna-Pet will cost pet owners about a dollar a day for a one-pill dosage. Lisa Anderson is a pet owner and endorser of Canna-Pet. She’s got some real world experience with administering it to her pets. Anderson had a small dog that used it for mouth-pain and the dog was up and playing with the other animals in the house in no time. Anderson said other medications before Canna-Pet made him, “loopy and sick.”

She also used it on another dog that suffered from a bruised vertebra that was nearly making him paralyzed. The dog was up and moving around within 24 hours. The dog was unable to move its head just 48 hours before that.

Brandon and Copas are still doing more research to try and more cannabis/hemp mysteries. While Canna-Pet continues to harvest the benefits of this plant, it continues to go out and help the dogs and the cats of Seattle.