Climate Change Science: A Culture of Egos, Greed and Cronyism 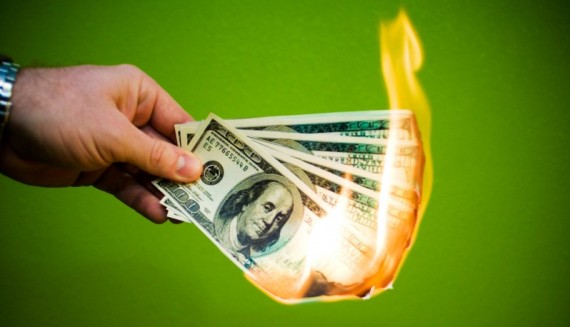 Foremost authority on climate change science and highest paid EPA employee John C. Beale, has been sentenced to 32 months in prison for his personal greed, enormous ego and the culture of cronyism which allowed him to get away with it. He lied to his employers and colleagues for almost ten years, telling them that his long absences were due his work with the CIA. During that time, Beale collected paychecks, bonuses and travel related reimbursements totaling almost $1 million. When initially pressed for a reason behind his decade long, very costly charade, Beale expressed only token remorse for seeking “the thrill.” It isn’t hard to imagine that Beale’s greatest remorse, is that he was eventually caught.

The population at large wants to believe Beale’s actions are isolated; unique and completely out of the norm. In singular scope and intent, they most probably are. It is hard to imagine theft and indolence on a scale to match what Beale accomplished, as even being possible. But that is not to say that a similar attitude of self-importance and hubris isn’t evident in many members of the climate change community. Climate change science has become the “cause celeb” of many political leaders, forcing them to seek the advice of its most vocal gurus. That has elevated the notables within the climate change community into “scientist rock-stars.” Many of whom have come to exhibit the egos which just seem to go along with all that notoriety.

Take for instance Dr. Kevin Trenberth; virtual Royalty within the climate change community, and arguably one of the brightest minds in the field. Trenberth – the primary author of all three IPCC climate change reports – is the winner of innumerable awards and citations. Plus several million in government grants. All of which revolve around his work in climate change science.

Dr. Keith Briffa, a Professor of Environmental Sciences and Deputy Director of the Climatic Research Unit at the University of East Anglia, once wrote a colleague saying that Trenberth was “extremely defensive” and likely to fight, if he is criticized about anything. According to Briffa, it’s because Trenberth “believes he is smarter” than anyone else, and sees himself as “virtually infallible.”

Without climate change science, Trenberth would probably be just another research scientist. It is hard to imagine that a man with the personality Briffa describes, would ever allow the field which has brought him so much fame and so many personal accolades, to fall into ignominy. Men like Beale, Trenberth and even Briffa, have built that lives and reputations around the notion of Anthropogenic Global Warming. For any of those egos to admit they have been wrong on the subject, let alone accept that climate change science has bread a culture of greed and cronyism, seems almost unimaginable.

Between 2003 and 2010, the federal government shelled out $106.7 billion in climate spending. Which says nothing of the government’s lost revenues for special deductions and tax credits, which were given out to reduce greenhouse gas emissions. The U.S. Government Accounting Office (GAO) calculated those subsidies at $7.2 billion in federal revenue lost, during 2010 alone. That makes $16.1 billion lost since 1993, bringing the total – just since 2003 – to $122.8 billion. Money supposedly spent on policies which would address and correct the perils climate change.

Yet the GAO cannot pinpoint any benefits the taxpayers might be getting, from all those hundreds of billions of tax dollars. They will most likely bankrupt the coal industry, though.

One GAO report explains the problem by describing how federal funding for climate change science has been increasing substantially, every year, but the various agencies lack any shared strategic priorities. This corroborates the conclusions of a 2008 Congressional Research Service analysis, which explained there was no “overarching policy goal” for the various climate change programs.

There are also the hidden costs of EPA regulations which are destroying businesses and jobs. Chief among them the Clean Air Act. A perfectly reasonable sounding title, but a carte blanche menu of excuses to hinder development. The EPA Endangerment Finding has deemed CO2 a “pollutant,” which allows the agency to impede with impunity. The finding completely ignores the EPA’s own “Internal Study on Climate.” The study clearly points out that the drop in average temperatures since 1998, which will probably remain stable through 2030, means there is no real reason to rush into decisions. Particularly when assumptions on climate drivers fail to explain most of the available data.

The people on the receiving end of all that governmental largess, especially recently, seem to all have connections to the Obama Administration. The Department of Energy’s Loan Guarantee Program, Section 1705, was created by the 2009 American Recovery and Reinvestment Act (ARRA). It established $16 billion in lending power for the DOE, which seems to have been earmarked specifically for Obama Cronies. At least 90 percent of Section 1705 loan recipients have significant political connections to Obama and other high-ranking Democrats. Fund-raising for Democrat campaigns has paid off handsomely, for a number of people.

Section 1705 loans are directly responsible for such big-name bankrupt boondoggles as Solyndra, Beacon Power, Abound Solar, Fisker Automotive and the Vehicle Production Group. Many of these same companies also received free taxpayer cash from the 1603 Treasury Program. A little known program which has given out more than $19 billion in “free” money, to these – now bankrupt – climate friendly, Democrat-crony-run organizations. The fact that foreign corporations have received roughly 25 percent of the money spent in the ‘Section 1603’ American renewable energy stimulus program, isn’t even supposed to be mentioned.

If all of this climate change spending were at least creating good paying jobs – that lasted well into the future – it might be excusable. Unfortunately for that theory, a report by the Institute for Energy Research (IER) exposed the Department of Energy’s dismal track record for job creation. The DOE has spent nearly $26 billion for “green jobs” since 2009. All of that money produced only 2,308 permanent jobs. Making the cost to taxpayers a whopping $11.25 million, per job. Add to that, the U.S. Energy Information Administration produced a forecast which shows the government’s proposed 70% cut in CO2, will cause gasoline prices to jump 77 percent above normal projections. It will also kill more than 3 million jobs, reducing average yearly household incomes by more than $4,000.

Then, in spite of all those negative economic impact indicators, the U.N. and the IPCC still want to demand additional billions to reverse Global Warming. They want to combat a problem which seems to exist, primarily, in computer models. Models programmed by the people who will receive a large percentage of the money, it is worth pointing out.

All of the greed, cronyism and egotism on display in the pop-culture of climate change science, might be excusable, if it did not negatively affect virtually every aspect of life in modern society. Sadly, the egos involved in crafting these costly policies, refuse to see what their hubris is costing the American people.

Climate Change Science: A Culture of Egos, Greed and Cronyism added by Ben Gaul on December 19, 2013
View all posts by Ben Gaul →

9 Responses to "Climate Change Science: A Culture of Egos, Greed and Cronyism"