Colorado Is Going to Pot? 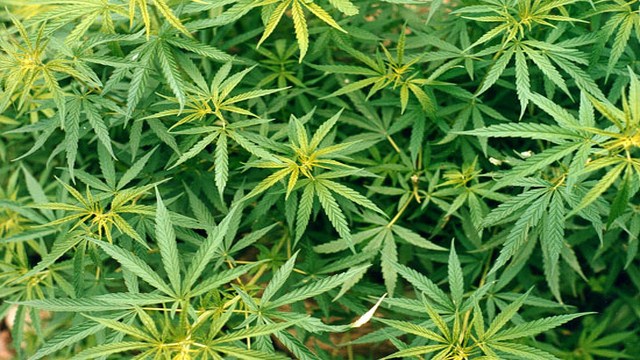 Colorado is going to pot. The Denver, Colorado City Council decided to reverse its decision and voted to withdraw an ordinance which would prohibit the use of marijuana on a person’s private property if it were to be in public view. The law was aimed mostly at trying to stop residents from smoking pot on their porches or in their front yards. It is legal to have marijuana in the state. If the council does not decide to change the law once more, Denver residents and also any guests will be able to now smoke pot where they want.

This law was decided by only one single vote. After first approving the ban, one councilman decided to change his position over the long Thanksgiving holiday weekend due to the request of city officials.

The Denver City Council was working under the notion that it was possible to be able legalize pot without controlling its use, but how they thought that was possible is unknown.

The United States Justice Department made the decision to allow both Colorado and Washington state to test legal marijuana. Now if other states get to pass legal laws hinges on each of these states and how they deal with teenagers usage and other health consequences of the general public. This does seem to be a very big test since the lawfulness of both cigarettes and alcohol do not fall on the ability of a state or city to keep underage individuals from smoking, or alcoholics from getting behind the wheel of a vehicle and driving drunk.

As the testing begins, the new laws come into effect on Jan. 1, 2014. After that time, both Colorado and Washington residents will be allowed to buy and have up to an ounce of pot.

However, Colorado Gov. John Hickenlooper had said in November of 2013 that federal law still stated that marijuana was an illegal drug, so no one in the state needed to be breaking out their snacks too quickly.

There are two major court cases which concern employee use of medical marijuana. Such usage is already legal in Washington and Colorado, along with 18 other states.

In April of this year, the Court of Appeals in Colorado endorsed the firing of a man who was a quadriplegic because he used medical marijuana off the job. In the case, the state appeals court decided that because marijuana is illegal under the federal law, employees do not protection to use it.

Next, in August came the ruling from a federal court in a case that stated an employee, who tested positive for marijuana, was fired. He declared he had never used marijuana on the company’s grounds and had never been under marijuana’s influence while at work.  He was using pot for a medical condition as well. So far, the laws have not shielded any disabled employees from the execution of an employer’s policies against employee drug use even if it is legally allowed, wrote John Kane, who was judge on the case.

These rulings are going against what the American public seemingly expects to be the ruling in such states which allow pot use. About two-thirds of the general public feels it is unacceptable for a business to fire an employee if they use marijuana away from their jobs in states where marijuana is legal. The same fraction believes it is also inexcusable to fire an employee who drinks alcohol when they are not working, as well.

What complicates this debate are employers’ requirements to conform with federal laws which state they make every rational effort to accommodate employees’ medical issues. This is causing some employers to look for help from a new Colorado law, which went into effect on May 28 of this year. It stated that a driver would be considered impaired if he or she was given a blood test and it showed a tetrahydrocannabinol or THC level which was five or more nanograms per milliliter. THC is the main ingredient that causes altered states of mind. The state of Washington sate has also recognized similar THC limits.

However this limit ruling does not apply to employers. They still can state that they have certain rules and if those rules are violated, an employee can be fired.

One major problem found with trying to form legal marijuana limits is pot behaves differently inside a human body than does alcohol, explain marijuana advocates.

Lots of people think that because there is a certain number used to judge if someone if drunk, that there should be a similar type number for pot, explained Paul Armentano, who is one of the junior directors of the National Organization for the Reform of Marijuana Law. This association works for the legalization of marijuana all across America. Armentano added that pot does not absorb into the body the way alcohol does, and that it is wrong to judge marijuana on the same basis that alcohol is.

However, it is not surprising to find that both Colorado and Washington are concerned about what having complete legalization will say to teens. Driving while under the influence of alcohol is against the law. Pot is still considered a drug. There has to be a law somewhere. If an increase in teenagers smoking pot occurs, that is not going to be the greatest event for the two states.

Colorado and Washington both are going down pot’s path to  complete legalization.

One Response to "Colorado Is Going to Pot?"