‘Compelling Evidence’ Says Our Universe Is a Hologram 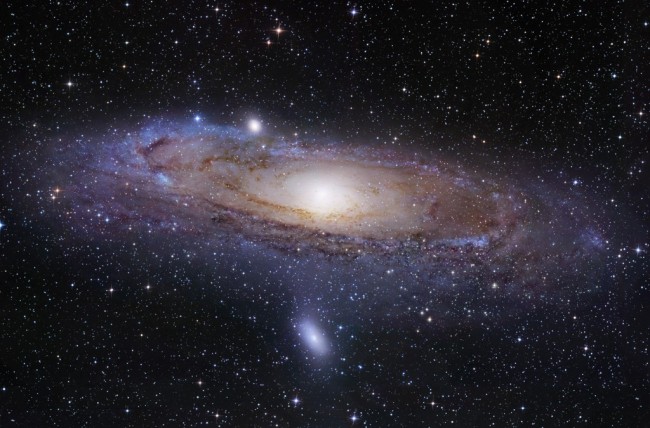 Our universe is a hologram. That’s the latest theory from numerous accredited scientists. In an article published recently in the science journal Nature, “compelling evidence” is provided by multiple studies that our universe may operate as a hologram. The evidence found by the studies, say experts, confirms some of the previous data found for string theory; a model for how the universe works that was born out of theoretical physics and proposed to the scientific community as far back as the 1960s.

Theoretical physicist Juan Maldacena is a prominent scientist who has made a career exploring string theory. In 1997 he developed a theory that advanced string theory and allowed physicists to reconcile laws of gravity with the growing field of quantum mechanics. These two independent branches of scientific thought were finally joined-at least in some respects-by Maldacena’s theory, which also supported the idea of our universe being a hologram. The most recent hologram studies were completed by Japanese scientist Yoshifumi Hyakutake, who led a team of colleagues at Ibaraki University.

Of course, the scientific process is always one of repeated testing. Theories get tested and re-tested; tweaked and re-tweaked until a definite consensus is reached by the scientific community and a working theory is put into place. String theory has had its detractors, but now, with two new papers validating that our universe may indeed be a hologram, string theory could be on the verge of getting an absolute proof.

It seems to be a correct calculation. (The papers) are an interesting way to test many ideas in quantum gravity and string theory. The whole sequence of papers is very nice because it tests the dual [nature of the universes] in regimes where there are no analytic tests.

While Hyakutake and his colleagues along with Maldacena are confident in the study’s calculations, other scientists are warning that before declaring the universe a hologram, it’s important to keep in mind a couple of key components regarding the research. First, say detractors, the study was done using theoretical models of fictional universes; not our own universe. The simulations Hyakutake and his team used, and the theory they formulated, says Slate reporter and scientist, Matthew R. Francis, do not “constitute a mathematical proof that these two systems are equivalent, and (don’t) demonstrate that similar methods can work for our real universe, but it’s a step further along in showing that the holographic principle could be fruitful in understanding the cosmos.”

Scientist Brian Koberlein, in an article entitled Why Our Universe Is Not a Hologram, comes right out and puts the smack-down on Hyakutake’s papers, saying, “The universe is not a hologram, certainly not in the way people think of holograms.” Koberlein also cited a Tweet from Astrophysicist Ethan Siegal, who mocked newspaper reporters’ headlines about Hyakutake’s research. The Tweet seemed to suggest that reporters’ headlines are too sensational, and that a better headline would be “Important idea of string theory shown not to be mathematically inconsistent in one particular way.” Luckily, however, physicists don’t have to do the job of journalists, and vice versa. There is “compelling evidence” that our universe is a hologram, say scientists, but there will always be opposing points of view until a definite consensus is reached. Until then, the research will continue, and so will the headlines.

13 Responses to "‘Compelling Evidence’ Says Our Universe Is a Hologram"