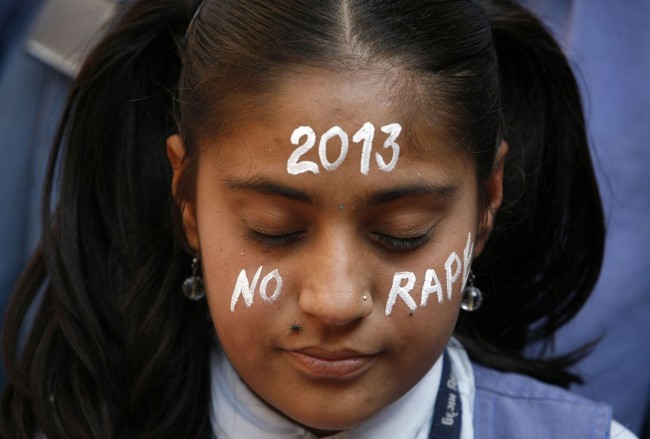 New Delhi, India— The speaker for the Lok Sabha lower house of the Parliament of India, Meira Kumar said Monday that India’s new rape legislation is not enough to ensure the safety of Indian women.

Speaking on the December 16th Delhi gang rape anniversary, Kumar said there was “a demand for doing something very effective for the security of women.” She showed concern for the lack of progress the more stringent rape-law seems to be making in society. Though “the prevailing act of that time,” was brought before Parliament accompanied by “opinions from all sections of society,” she feels as if nothing has changed.

Recently the Kerala High Court confirmed a death sentence had been awarded by the Thrissur Fast Track Court to convicted rapist Govindachamy, the man accused in the Soumya murder case. Govindachamy was found guilty of attempting to rob a woman aboard a moving train and throwing her from the car into woods near the train’s tracks where he subsequently raped her. The woman died from injuries sustained from the fall and ensuing rape.

Ruling that the crime was “savage,” and that the murder shook “society’s conscience,” The court awarded the accused a death sentence. It was added in the court’s official statement that Govindachamy was an offender of habit, already previously convicted in eight other cases in Tamil Nadu, India.

This sentence, however, seems to be the exception and not the rule in India’s new “tougher” anti-rape climate.

Reporting for The Young Turk Network, Ana Kasparian says that allegations of rape, even when presented to the police, rarely result in conviction.

“There have been more prosecutions, but certainly not more convictions.”

She states that in 2012 there were 706 reported cases of rape in Delhi, “However there was only one conviction.”

Her co-host, Cenk Uygur says the news is “depressing,” and suggests that the insignificant number of cases being prosecuted under the new anti-rape law could be making things worse during a time when India wants to be seen as pro-active regarding sexual assault and sexual harassment.

“They [the local government] say they have resource issues,” says Uygur, citing Delhi’s insistence that the increased number of allegations is putting a strain on police and the judiciary’s ability to investigate them.

“People think there’s no consequences—there’s almost never a conviction—so then that might even lead to more rape.”

“It does, it sends a message. If it’s extremely difficult to convict someone of rape—then rapists are gonna continue raping more and more women—and you’ll have more and more cases. If you don’t have the resources to actually prosecute and convict these people—it’s a vicious cycle.”

The numbers seem small, but they’re growing. The rape legislation, however, is not having the desired effect of ensuring India’s women are safe from rape.

The number of rapes reported in 2013 have doubled. Following the international media attention given to a 23-year-old woman who died from injuries sustained on a bus after being raped by six men, more and more stories have come to light.

Women, feeling empowered to tell their stories, are reporting past rapes and abuses. “Unfortunately,” says the reporter for The Young Turk, “A lot of these cases were not either prosecuted, or if they were prosecuted, it never led to a conviction.”

New Delhi has a problem wrapped in a social de-stigmatizing of rape. Now that the numbers of rape victims who feel comfortable telling their stories are coming forward, the system is bowing under the strain. As a result of the small wave of reports that are coming in increasingly large numbers every year, the rape legislation that was meant to ensure the safety of India’s women may be doing more harm than good.

What is the answer?

Speaker Meira Kumar believes that every level of society must get involved. She suggests that the law cannot enact itself. “We need to implement this act at all levels, and the society must try, must rise and ensure safety of women.”