E-Cigarette Can Decrease Likelihood of Quitting Among Teenagers 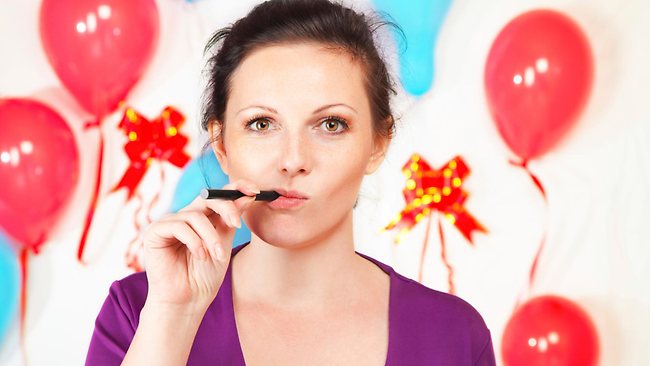 Since its introduction the public, electronic cigarette, or e-cigarette smoking has been touted as the healthier alternative to real cigarettes and can even help wean smokers off their addiction; but a recent study by the University of California claims that e-cigarette smoking may not only be ineffective in decreasing nicotine dependence, it can even promote heavy smoking habits among the youth.

Stan Glantz, Director of the Center for Tobacco Control Research and Education of the University of California, is one of the senior authors of the study performed on more than 75,000 E-cigarette using Korean students. The results showed that most the students have turned to e-cigarette smoking as a smoking cessation aid but instead have found it less likely for them to quit using e-cigarettes in the long run. “The kids who are trying to quit smoking were more likely to be using e-cigarettes. But…[they are] much less likely to actually quit.” Glantz said. He claims that while there are studies that have shown positive results with adults who have tried using E-cigarettes for smoking cessation, the same cannot be said as of now for adolescent users.

“We are witnessing the beginning of a new phase of the nicotine epidemic and a new route to nicotine addiction for kids.” Glantz said about the growing concern for teenage E-cigarette addiction. He claims that it is because of the manufacturers promoting e-cigarette as an effective method to quit smoking that they are able to lure in teenagers hoping to kick the habit, but end up becoming e-cigarette dependents or even dual smokers (using both electronic and real cigarettes) themselves. He adds that cigarette manufacturing companies may even be aiming to attract new smokers because of the lack of Food and Drug Administration (FDA) regulations when it comes to the amount of nicotine used in e-cigarette mix.

Glantz’s study is not the only study supporting evidence of the growing e-cigarette user numbers among the youth. Last year, a study by the US Center for Disease Control and Prevention (CDC) discovered that the number of teenagers who have tried e-cigarette smoking has doubled in over a year. According to Thomas Glyn, Director of the American Cancer Society’s cancer science and trends and international cancer control, there is a growing need for concern about whether e-cigarette smoking is actually encouraging children to take up smoking instead of stopping them, and that the FDA will need to start enforcing serious regulations regarding E-cigarette manufacture and its availability to the youth. “The primary concern is whether e-cigarettes have the capability of introducing nonsmoking youth to cigarette smoking.” Glynn elaborated. “A very clear message is that we are very much in need of FDA regulations that will limit access to e-cigarettes to youth.”

As of now, there are still no clear cut rules and standards from the FDA regarding the E-cigarette market, but the department has promised to take the steps to implement necessary regulations. In accordance with the Family Smoking Prevention and Tobacco Control Act of 2009, the FDA has the power to mandate makers of e-cigarettes—which can be considered a tobacco product—to label their ingredients appropriately and to restrict sales of these devices to minors. In fact, some states have already implemented laws to forbid selling of these products to middle and high school students.

Experts believe that while there is much potential in e-cigarettes as a smoking cessation tool, there is still much to be learned about its efficacy, its downsides and whether the benefits are worth the consequences. “E-cigarettes were only invented 10 years ago,” Glynn said. “We are in the infancy of learning about how they’re used and what’s in them.”

E-Cigarette Can Decrease Likelihood of Quitting Among Teenagers added by gricelda7 on December 2, 2013
View all posts by gricelda7 →