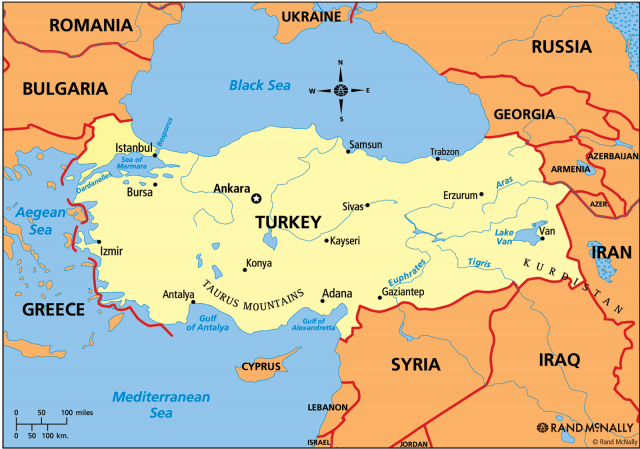 An Earthquake registering 5.8 on the Richter Scale violently hits Turkey, Egypt, and Cyprus and it was reported to have happened at 3:21 Greenwich Mean Time (GMT).

The center of the earthquake appears to be just off the coastline of Turkey, South to SSW from Antalya. The quake was felt as far away as Egypt where the tremors also reached 5.8 on the Richter Scale. Cyprus, which is 195 miles away from the quakes center also reported 5.8 scale tremors.

Egypt, which is 695 miles away, reported the same Richter Scale measurement at the same time that the report was received from Turkey. At this point no damage reports from any of the countries have been made public. An earthquake registering 5.8 violently hits Turkey, Egypt and Cyprus at 15:21 (3:21) Greenwich Mean Time.