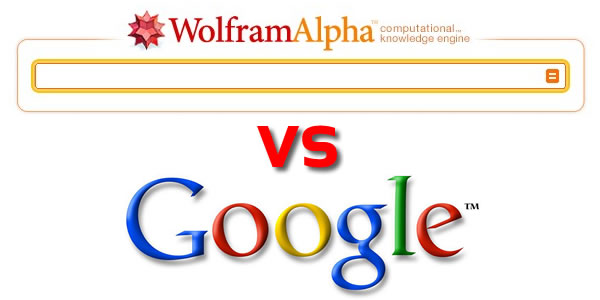 Computer science students and technology business majors are already using it, but most internet users are unaware of Wolfram Alpha, the unusual search engine that is competing with Google and Wikipedia to be the most-used search engine on the web. The creator of the Wolfram Alpha search engine, British computer scientist Stephen Wolfram, believes that his next project will be superior to Google because it takes computer search code to the next level of digital intelligence. The search engine is not only capable of providing succinct, detailed answers to search queries, but it is able to solve complex mathematical equations.

The Wolfram Alpha search model is based on ideas for computer coding that are published in Wolfram’s 2002 book Mathematica. Mathematica is more than just a search engine, however, it is actually an outline of the complex computer programming system upon which a myriad of other programs are based. Since programming at its heart is dependent upon mathematical equations, Wolfram’s application interface has been created with the ability to answer mathematical questions as well as human-language questions. Some of this technology has been incorporated into the Bing search engine, since Wolfram Research signed on to work with Microsoft. Google attempted to work with Wolfram as well, but the deal fell through.

The key to the future of computing, Stephen Wolfram says, is to properly marry human language systems with new, more sentient computer coding. Google has been working on its own sentient search engine coding, most recently with the Hummingbird release that changes how voice searches are conducted on mobile devices. Wolfram doesn’t think that Hummingbird has a large enough scope, however. His work on Mathematica and the Wolfram Alpha programming has led him to the realization that the future of the internet is dependent on his own yet-to-be completed codes. The scientist is dedicated to putting together the most important computer coding and programming of our time, but it will take a few years yet.

The language in the works is aptly named the “Wolfram Language, and its creator says it will be a unified technology network to ouwit all the rest. Theoretically speaking, Wolfram computer language will not only change how the entire internet works; it will advance software programming at its core. Whereas the current search engine giant, Google, is focused on updating its existing codes to better serve mobile devices, the Wolfram Language would be applicable – and relevant – on all devices from the get-go. Where does this leave Wikipedia? Out in the cold, unless the company finds a way to become more dynamic and user-friendly.

Wolfram Language will encompass many different aspects of computing, such as graph design, fonts, voice recognition and web searching. There are many different kinds of computer programming language that can be used for these same applications, however Wolfram wants his codes to be all-encompassing. Traditionally, computer programmers have chosen to keep their codes simple and restricted so that the process of programming did not become overly complex. Wolfram thinks this is a mistake, since it requires program “patches:”

“In the Wolfram Language my concept from the very beginning has been to create a single tightly integrated system in which as much as possible is included right in the language itself.”

Google and Wikipedia are the search engine kings of the day, however they are not dynamic in terms of the way they answer user queries. For example, if you were to ask either of these programs a question such as “What is the current location of Halley’s Comet?” they would not be able to tell you unless someone online had already posted the exact answer. Wolfram’s programming will be able to understand the basic elements of a question like this, and then calculate the comet’s position correctly. Answers need not exist on a database prior to the question in order to be answered, thus creating a truly intelligent dialogue between user and engine.

Right now, the Wolfram Alpha program is accessible online either as a free basic application or a highly-functional paid application. The basic version is like a simplified Wikipedia with a powerful calculator attached; users can solve equations or get statistics on the usage of any word over the course of the last three centuries. A look at the application and the Wolfram Blog shows a small glimpse of what is possible with the Wolfram Language. Google may seem complex now, but it’s going to get a good run for its money if Wolfram Alpha has anything to say about it. For now, the program is certainly poised to overtake the Wikipedia audience, as its interface is a bit cleaner and more regimented.

Wikipedia and Google may be in direct competition with Wolfram Alpha, but for now their major selling point is that their services remain completely free of charge.

2 Responses to "Google and Wikipedia Competing with Wolfram Alpha"