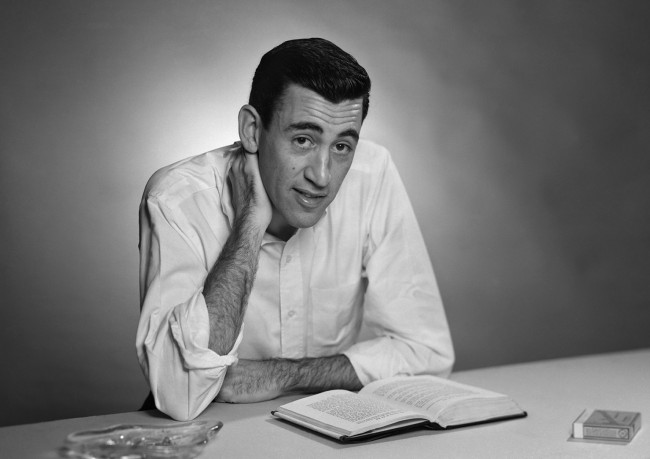 J.D. Salinger was no doubt a literary legend and no doubt in contribution to his abilities, he was also a very particular man, especially regarding his work. Having been known most renowned for his creation of The Catcher in the Rye, the author had written many other highly sought after pieces that he wished to remain undiscovered. However, after an online leak earlier this week three of Salinger’s hidden pieces were made available to fans world wide.

The New Hampshire resident lived a rather secluded life, but those that knew him well say he wrote nearly on a daily basis all the way until his passing in 2010 at respectable age of 91. Despite his regular musing, most of what Salinger did, he preferred to keep a mystery. “The Ocean Full of Bowling Balls,” “Birthday Boy” and “Paula” are three short stories, together accounting for about 41 pages, that did not remain in the shroud that the author wished for them.

In September of this year, for the insignificant cost of 67.50 British pounds, a book of Salinger’s was purchased through an eBay auction. The paper back ended up containing pirated copies of the above mentioned pieces of literature. Although, all three pieces had been known about prior to the online leak, the original copies had been limited to the Princeton University’s Firestone Library and the University of Texas. Short of those privileged with the keys where the works were confined to, it was next to impossible to read this pieces.

That is until recent events occurred where links to an Imagur page posting all 41 pages was linked to on a variety of social media sites including Reddit and Facebook. By every account Salinger was a perfectionist, and had made it very clear about what he wanted published and what he wished to remain hidden from public view. The three leaked stories are from the era prior to 1948 that had been distinctly banned by the writer from ever seeing publication or republication depending on the works. In an interview, Salinger once commented that he wanted them to “die a perfectly natural death,” and although he wasn’t embarrassed of his youthful scriptures, they weren’t what the perfectionist would consider worthy of publication.

Guilt is no doubt a very natural feeling for anyone with the opportunity to see the hidden transcripts whose secrecy was so important to their creator. And yet, those who have been given the opportunity to view them have emphasized what a fantastic view they give into the creative process of a master. Although the mystery of Salinger may have been one of many qualities that kept his loyal fans so devout, it also left generations of people in the dark about how his writing developed.

Literary experts have been enthusiastic to see what can be exposed about the man who so desperately wanted to remain unexposed. Although legal publication for two of these works was banned by Salinger before his passing and the other must wait nearly 50 years, the magic of the internet does not always follow the rules. Salinger may not be alive to defend his three hidden transcripts that were leaked online, but it is up to the world to savor this lucky glimpse into the mind of a master.