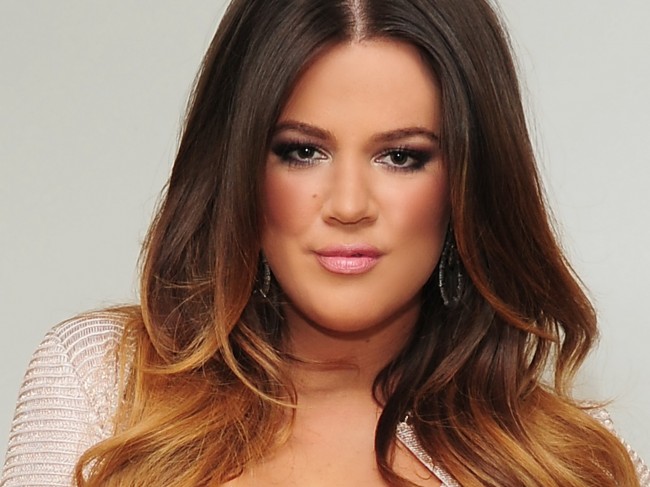 In her first interview since filing for divorce from Lamar Odom, Khloe Kardashian dishes about looking forward to 2014 and her struggles with body image.

The 29-year-old reality TV superstar got real in an interview with Cosmopolitan UK for their February, 2014 issue. She is quoted as saying that she is “excited for this year to be over with” and shared some of her resolutions for the new year.

Kardashian has already shed 30 pounds to start 2014 off right, and says she’ll be making some new fashion choices this year to show off her new, slimmer figure. She reports feeling proud of her recent weight loss and says she now wants “to sex it up a little.” In her cover shot for the issue, she shows off her leaner body in a stunning little blue dress, already demonstrating that she is making her fashion resolutions a reality.

Although Kardashian is currently feeling confident about her appearance and has resolved to show it off in 2014, that has not always been the case. In her latest interview Kardashian also provides some insight into her previous struggles with body image.

She describes having felt hurt as a young girl when she inadvertently overheard her mother, Kris Jenner, discussing the notion that Kardashian should get a nose job. She reports having been advised to do the same by makeup artists over the years, but says if she ever were to do it, it would have to be on her own terms and because it was what she wanted, not as a result of social or familial pressures.

She further indicated as part of the interview that she is learning to accept her past “mistakes and imperfections” and that she intends to have fun and make this one life that she has “perfect.”

It should come as no surprise to Kardashian’s fans that she is in need of “a good fresh start” in the new year. 2013 was marred by her rocky relationship with soon-to-be-ex-husband, Lamar Odom. Kardashian filed for divorce on Dec. 13, after four years of marriage.

Though the cause of the divorce has been officially attributed to “irreconcilable differences,” the couple’s struggles have long been known to the public. Odom has reportedly struggled seriously with alcohol and drug addiction, and allegations of his infidelity plagued their relationship as well. The divorce has clearly been a long time coming and hopefully marks the end of a difficult run for Kardashian.

The upcoming ninth season of Keeping Up With The Kardashians is expected to provide an inside look into Kardashian’s rocky year as well as into how the breakdown in her marriage came about.  Previews for the next season show a glimpse of Kardashian explaining to her sister Kourtney that she needs to move on and change her life.

Similarly, in her most recent interview, Kardashian says that she is glad to see the year behind her. She appears to be living life without regret, however, as she also said “my life has made me who I am at this moment and I’m very happy with who I am.”

Fans of the star will be glad to see Kardashian looking good and feeling good in the wake of such troubled 2013. No doubt they also wish her success with her 2014 resolutions and with her new-found positive body image.