The 85-years old veteran, Merrill Newman is finally released by the North Korea 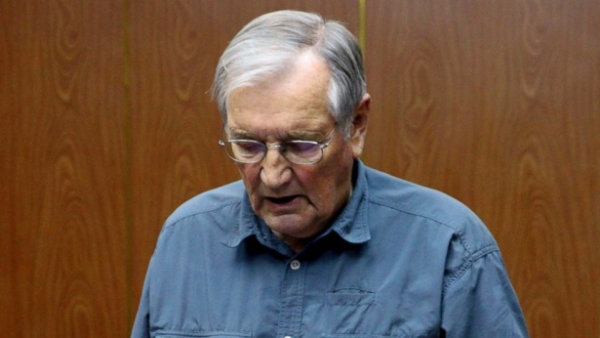 The 85-year old Korean War veteran, Merrill Newman, has been released by the North Korean authorities, after tendering an unconditional apology. In the four page awkwardly written apology that Newman read on the state-run television, he confessed to his war crimes. He asked for forgiveness in lieu of which Pyongyang released him.

Newman graduated from the Officer Cadet School at Fort Benning, GA, in 1952. He was the commander of a covert unit named “White Tiger,” which trained guerrillas to carry out dangerous missions during the Korean War. Newman’s family is adamant that his arrest was a dreadful case of mistaken identity, as there was another officer named Merrill Newman who also fought the Korean War; this said Newman is also the recipient of the Silver Star Medal for his services.

Newman had been to North Korea once before. This time, he was boarded off the plane leaving for America after a 10-day tourist visit, then charged with sedition and arrested. Newman  made contact with his old comrades during his short stay in the country.

North Korea held Newman for war crimes against humanity he is said to have committed during the six decades old Korean War. In the video televised on the state media Newman asked for forgiveness for his acts during the conflict.

On his release, Biden spoke to the media, stating,“Let there be no doubt that the United States of America is committed to doing what it takes to defend our allies and ourselves from North Korea aggression. Period.” In China Biden held a five hours long bilateral meeting with the Chinese President XI Jinping, mainly discussing the North Korean nuclear program.

Upon landing in Beijing, Newman, speaking to the press, said that he is happy to be released and is keenly looking forward to meeting his family. While his family is also relieved and happy that he is returning home safe and sound. Newman presently resides in San Francisco.

North Korea has arrested seven veterans of the Korean War since 2009. Six have been released to date while one is still in the custody of  North Korea. Bae, who ran a legitimate guided tour business has been held by North Korea since 2012. He was charged for war crimes and was consequently sentenced for 15-years hard labor.

For the present, the issue of Newman, which had the potential to grow into a dangerous conflict between the U.S. and North Korea, has been diffused, thanks to the Swedish diplomats who were successful in negotiating a deal with the North Koreans to get Newman released.