Miley Cyrus and her Year of Living Dangerously 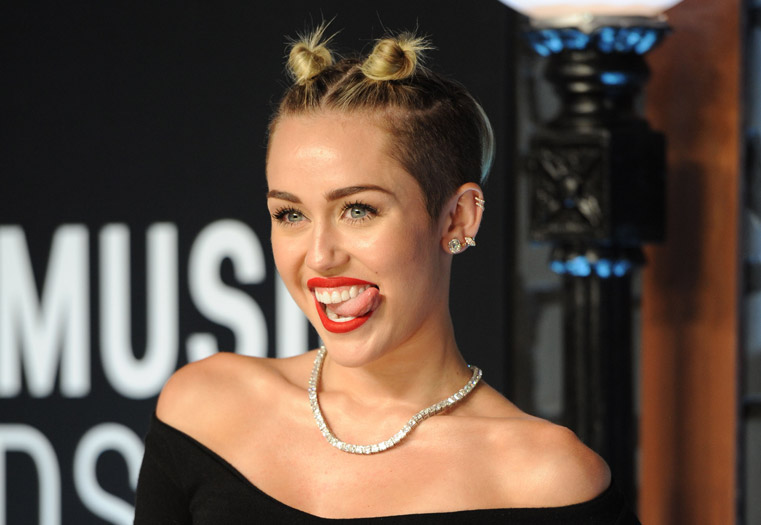 Miley Cyrus has spent most of the year 2013 living dangerously.  Let’s face it, there were few celebrities who have had more media attention this past year.  From twerking at the MTV Movie Awards to her breakup with Liam Hemsworth, the 21 year-old “Wrecking Ball” singer has had one amazing year, good and bad.

And, to top it all of, the artist who brought “twerking” into the spotlight has just been named MTV’s Artist of the Year.  Each year the executives at MTV pick the artist who they think was number one.  Amy Doyle, MTV’s head of music and talent programming, said that Cyrus was the obvious choice.  Her music dominated the charts and was named to many of the critics ‘best of’ lists.  Add her wacky performances and near nudity you have a winning combination. Last year’s Artist of the Year was One Direction and Katy Perry took top honors the year before that.

It’s not just the crazy things that Miley Cyrus has done that have made this her year of living dangerously.  She is a gifted showman.  She has a talent for combining provocative lyrics with staging and set designs that make her an instant attention grabber.  There is no doubt that she is a beautiful young woman, edgy haircut and constant tongue wagging aside.  She is a soulful singer with a phenomenal work ethic.  She has done a lot of growing up this year.  She braved hardship and constant criticism with a humorous grace.

One can’t talk about Miley Cyrus’s year of living dangerously without mentioning her performance on MTV’s Video Music Awards.  Cyrus comes out in a nude leather bikini and dances around with a bunch of teddy bears, her tongue in full-on protrusion.  Fine.  A little odd, but pretty harmless.  Then Robin Thicke enters the stage to sing his enormously popular “Blurred Lines” with Cyrus.  An unusual choice for a duet, but everyone went with it.  Oh, but then.  There was the twerking.  There was the bending over in front of the married Thicke.  There was the titillating foam finger action.  It was sensory overload.  Twitter became jammed with comments.  It was all anyone in the media could talk about.  In short, it was brilliant.

Then came the announcement a few weeks later that she had broken off her engagement with Liam Hemsworth.  Everyone had thought that Hemsworth would provide some sort of stability for the so-called troubled singer.  Turns out that they had been broken up since the summer.  Someone as grounded as Hemsworth wasn’t about to stick around to watch the freak show unfold.  There were also rumors of infidelity on both parts, but none of these were confirmed.

When the video for her popular song, “Wrecking Ball,” debuted on MTV everyone was once again shaking their collective heads.  The video featured a Cyrus, alternately nearly naked and in her underwear, swinging from a wrecking ball and fellating a sledgehammer.  The video spawned many parodies.  Any attention is good attention.

Things finally started settling down in late October when Cyrus visited the Ellen Degeneres show.  Her interview was light and funny.  She came off as charming and intelligent.  Suddenly, everyone was on Team Miley!

Miley Cyrus is finishing up her year of living dangerously on top.  With her MTV Artist of the Year and video of the year nod, it would appear that she knew what she was doing all along.  And everyone cannot wait to see what she can come up with in 2014.

One Response to "Miley Cyrus and her Year of Living Dangerously"