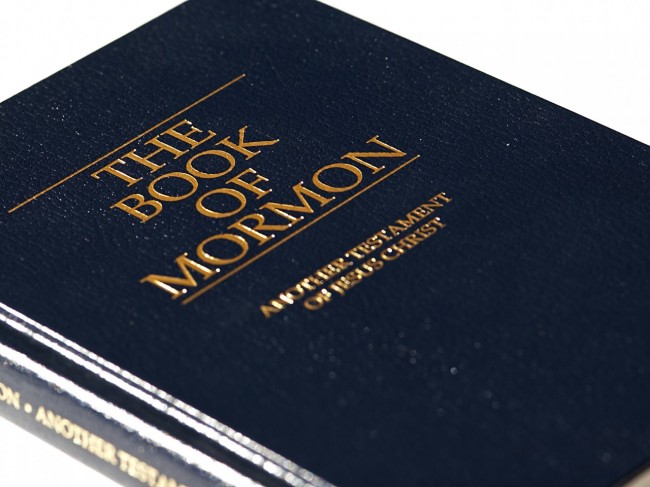 The Mormon Church has ruled that black people are not inferior to whites, and that dark skin is not, in fact, a “curse” sent by God to punish unworthy people, as the church has maintained from its earliest founding until officially striking down that viewpoint last week. The Mormon Church has traditionally held the view that those with dark skin were “spiritually inferior” and the church had a ban on black priests up until 1978. It wasn’t until last week, however, that they officially and formally renounced the original reasons for the ban, saying:

The Church disavows the theories advanced in the past that black skin is a sign of divine disfavor or curse, or that it reflects actions in a premortal life; that mixed-race marriages are a sin; or that blacks or people of any other race or ethnicity are inferior in any way to anyone else. Church leaders today unequivocally condemn all racism, past and present, in any form.

At the time the ban on black priests was lifted, no statement or explanation was given as to why the ban had been there in the first place, and no renouncement of the view of blacks being inferior was made. Now, for the first time, the Mormon Church has ruled that blacks are not inferior. The church also pronounces that it is indeed normal for “Church members of different races and ethnicities” to  “regularly minister in one another’s homes and serve alongside one another as teachers, as youth leaders, and in myriad other assignments in their local congregations.”

On an official statement on its website, the church firmly places the blame for the earlier viewpoints about dark skin being a curse on “prophet” Brigham Young, saying that he was the one who implemented the ban on black priests and that that ban was continued by many church leaders that followed. Young’s view of black was highly unfavorable, and he viewed those with dark skin as sinners, saying:

Shall I tell you the law of God in regard to the African race? If the white man who belongs to the chosen seed mixes his blood with the seed of Cain, the penalty, under the law of God, is death on the spot. This will always be so.

“Sons of Cain” referred to blacks at that time, since Cain was a sinner against God. Young was emphatic in making sure his views persisted until his death.

In the book considered sacred to Mormons, The Book of Mormon, it states that those with dark skin were cursed by God. In the book, two tribes, the Lamanites and the Nephites, were at war, and the Lamanites offended the Lord. The book states “because of their iniquity….the Lord God did cause a skin of blackness to come upon them” (2 Nephi 5:21). “However, when the Lamanites repented, their skin became magically lighter-“their curse was taken from them, and their skin became white like unto the Nephites” (3 Nephi 2:15).

Because of these passages, the Mormon Church perceived blacks to be cursed and spiritually inferior… that is, until last week. Prior to this new announcement, the idea that blacks were inferior had a stronghold in the church throughout hundreds of years. In 1960, church leader Spencer Kimball described those with light skin as “delightsome” and went to explain that many Native Americans he met had lighter skin because they had converted to Mormonism. Up until 1980, the official Book of Mormon referred to “white and delightsome people.”

In 2012, religion professor and Mormon theologian Randy Bott defended the viewpoint that blacks are inferior, saying “God has always been discriminatory” and that it was a good thing blacks had been banned from the priesthood, saying “You couldn’t fall off the top of the ladder, because you weren’t on the top of the ladder. So, in reality the blacks not having the priesthood was the greatest blessing God could give them.”

Now, a year later, Bott may be disappointed as the Mormon Church has ruled that blacks are not inferior. As the church joins in modern-day thinking, some are wondering what steps the church will take next. Could they soon announce the same about women?