Oklahoma Opens the Gates of Hell 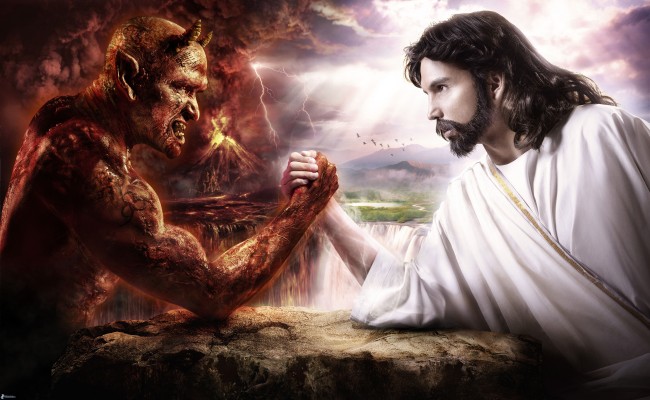 Has the State of Oklahoma opened the gates to Hell? Last year the state legislature installed a granite monument on the State House grounds and won a lawsuit allowing it to stay there. Now a Satanic group has announced plans to install their own satanic monument next to it. They argue if it is good for one religious group, it is good for all. They have a point.

The monument will be provided by the Satanic Temple group headquartered in New York City and they sent a letter to the Capitol Preservation Commission in Oklahoma City stating their intent. A spokesperson for the group, Lucien Greaves, says the monument would be in good taste and would celebrate Satan in history and literature. The law allowing the Ten Commandment monument was proposed by Rep. Mike Ritze, a republican, and Greaves credited him for opening the door to more satanic monuments around the country.

The First Amendment to the United States Constitution guarantees the “freedom of religion” for all citizens of the country. Its intent, contrary to what many atheists and secularists believe, is to let all citizens worship how they want. It was also enacted so the government could not force people to follow one state religion. It was not intended to keep religion out of the “public square” as many would like to believe; in fact it can be argued doing so is actually contradictory to the First Amendment. Now that courts have ruled that a state, in this case Oklahoma, can allow religious monuments in the “public square” they should not be allowed to stop a satanic monument even if it does open the gates of Hell.

The first question which will need to be asked is whether Satanism is really a religion or if it is a cult. Like any other religion, such as Christianity, there is no clear cut answer. There are very passionate arguments on both sides of the issue. According to Dictionary.com religion is a set of beliefs mostly concerning how the universe was created, usually containing rituals and an agreed moral code of conduct of those practicing the religion. Christians may say Oklahoma is allowing Satan symbols is opening the gates of hell.

A cult is defined pretty much the same way: a system of religious worship with great veneration to a person or being. Christianity worships God and Jesus; Satanism worships Satan, so either could be called a religion or a cult. Because of this then, anyone who might oppose the satanic monument will not be able to use the argument that Satanism is not a religion and somehow does not fit into any religious guidelines which may have been set up by the legislature.

The second question that is sure to arise will be whether some people may find this offensive in some way. Again, this is the same argument some atheists use against having Christian and other religious displays erected: they find them offensive. There can be only one set of standards. Something is either offensive or not. Just because something offends someone doesn’t mean it should be banned. This is the argument those in favor of religious freedom have always used and it can’t be changed now.

While the debate is only beginning on this particular case, it surely will be heated and contentious. If one truly believes in religious freedom, this monument must be allowed. Allowing one, allows all, and it would be hypocritical to do otherwise. As Greaves has stated, Oklahoma opened up a whole new door for religious and non-religious groups to be able to publicly display monuments with their views, and it is a good thing.

This country was founded on religious tolerance for all religions, whether one believes they are true religions or not. As long as there is no threat to anyone’s physical safety or to the Constitution and its laws, all religions should be welcome. No religion should be discriminated against, especially by the government and its policies. If Oklahoma is opening the gates of hell, then Oklahoma be damned.

Oklahoma Opens the Gates of Hell added by Paul Roy on December 9, 2013
View all posts by Paul Roy →

One Response to "Oklahoma Opens the Gates of Hell"