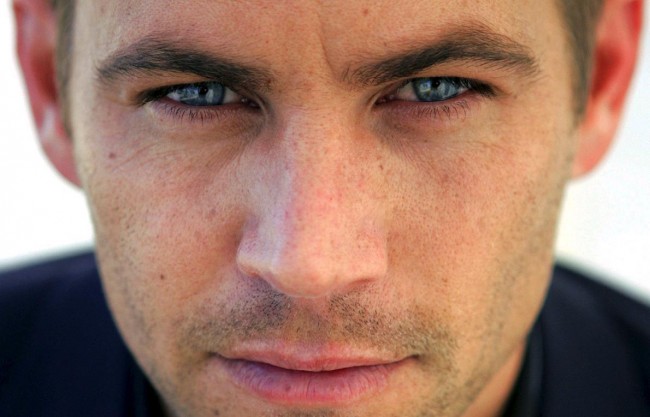 Paul Walker’s rep has confirmed to US Weekly that the actor has died in a fiery car crash at the age of 40. Walker was in a single-car crash in Southern California on Saturday. The sheriff’s deputy, Kim Manatt says that the cause of this single car accident is still under investigation. The car exploded and the actor was confirmed dead on Saturday afternoon.

Us Weekly states that the Sherrif’s station in the Stanta Clarita Valley confirmed that two people died in the car collision at roughly 3:30 pm on Saturday, November 29, afternoon. The car accident occurred on the Rye Canyon Loop, block 28300. According to the official’s reports the car was already consumed in flames when the deputies arrived at the scene.

The Los Angeles Country Fire Department were quick to arrive and were able to extinguish the flames caused by the explosion, however the two victims were pronounced dead soon thereafter.

The names of the victims have not yet been officially released as the Coroner’s Office is still confirming the victims’ identities. The fatal car crash is currently under investigation by Southern California officials and it has been confirmed that Paul Walker was a passenger in the vehicle.

Us Weekly has also reported that Walker was a passenger in the vehicle and a statement released on Walker’s official Facebook page says that Walker was on his way to a charity event at the time of the fatal collision. The charity event was for Walker’s a quick response first-aid organization, Reach Out Worldwide. The event was in support for the victims of Typhoon Haiyan.

The statement continues, “He was a passenger in a friend’s car, in which both lost their lives. We appreciate your patience, as we too are stunned and saddened beyond belief by this news. Thank you for keeping his family and friends in your prayers during this very difficult time. We will do our best to keep you apprised on where to send condolences. – #TeamPW.”

Walker was originally from Glendale, California and made his first appearance on the Hollywood scene just before the turn of the century. His first films include Pleasantville and Varsity Blues. Following these first films, he appeared in the popular She’s All That and The Skulls. He began his rise to fame with the start of the Fast and Furious films in 2001. In 2013, the actor resumed his Brian O’Conner character with Fast & Furious 6. The next film in the franchise, Fast & Furious 7, has already been announced for release in 2014.

Walker’s death has also been reported as a hoax by Mass Media, a site dedicated to using satire to mocking celebrity gossip and news. On the site, a quote is posted claiming to have been made by the actor’s rep, “He joins the long list of celebrities who have been victimized by this hoax. He’s still alive and well, stop believing what you see on the Internet.”

Walker has left behind a legacy of films as well as his 15-year-old daughter, Meadow. Walker had only just announced that his daughter, who had been living with her mother in Hawaii, had moved in with him in early November. Paul Walker was a celebrated actor and details of his death and the cause of the tragic car crash will be released by Southern Californian officials soon.