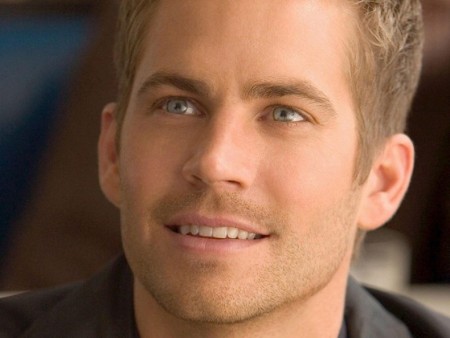 Wednesday December 4, 2013 the Los Angeles County Coroner’s Office revealed the autopsy results of both Paul Walker and Roger Rodas. The results do not include the toxicology findings which the coroner’s office said will be ready about six to eight weeks from now. While the cause of the crash is still under investigation at least the families of both men now know what caused their death. Walker died from blunt force trauma and fatal burning injuries, while Rodas died from the force trauma before the flames engulfed him.

According to the LA County Coroner, the men died from a combination of blunt force trauma and thermal injuries that were caused by the Saturday Nov. 30 one-car accident. The breakdown of findings per individual has 38 year-old Roger Rodas dying from the impact of the crash. Rodas’ death was not caused by burning as the car’s violent impact with the light pole and tree killed him. Walker did not die from the blunt force trauma injuries but burnt to death in the fierce blaze that engulfed the vehicle upon impact.

The  LA  Medical Examiner  declared that both men’s death was accidental. It was widely reported that both men’s remains were so badly burnt that physical identification was impossible. Sources from the coroner’s office said that the men were identified by their dental records.

The fatal crash occurred on Saturday, Nov. 30 at around 3:30 p.m. when both men were returning to Walker’s fundraising charity event for Reach Out Worldwide . The charity was raising funds for survivors of the Philippine typhoon earlier in the year. Both men entered the red Carrera GT Porsche for a “quick spin” and the vehicle was just outside the area of the event when it careened out of control and crashed. The car exploded on impact and the flames were so fierce that potential rescuers could not control the fire with extinguishers.

While Paul Walker and Roger Rodas have had their autopsy results released, with the news that Rogers died from force trauma alone and Walker from a combination of trauma and fatal burning injuries, the crash is still under investigation. Los Angeles County Sheriff’s detective Jeff Maag spoke to PEOPLE  magazine and told the publication that it appears that the vehicle had been travelling at twice the speed that was initially reported by investigators. It had been reported that the Porsche was travelling at 45 Miles Per Hour when it struck the light pole and tree by the side of the road.

One witness from the charity event, Jim Torp, mentioned that he heard a “distant blast” prior to the car’s crashing. It was his opinion that the car blew a tire and that this caused Rodas to lose control. If the car did suffer a blown tire, it could very well explain the higher speed at impact. The loss of control combined with the skid could have accelerated the vehicle’s speed considerably. The information that Maag relayed to PEOPLE seems to indicate that Torp may not be too far from wrong in his summation of what happened.

The detective said that it could take weeks for the investigation to be finished and only then would authorities know just what happened. Porsche manufacturers have told police that the car has a “black box” which should be beneficial in helping officials determine what happened. To date the box has not been found.

The entertainment industry, as well as family and friends of the two men, are stunned by the popular, generous star’s death. The 40 year-old actor had been in all of the Fast & Furious films bar one and was due to be in the next movie which started filming in September this year. Filming had shut down over the Thanksgiving holiday and Universal Pictures have released a statement saying that production on the next installment of  the franchise has been put on hold.

The Los Angeles County Coroner have released the results the autopsies of Paul Walker and Roger Rodas while cause of the crash is still under investigation. The initial ruling, apart from the outstanding toxicology reports were a combination of force trauma and fatal burning injuries. Both men’s families, friends and co-workers have been expressing their sadness and shock at the two men’s unexpected death. Walker’s fans have flooded social networks with their messages of support for Paul’s family.