By Michael Smith on December 2, 2013Comments Off on Paul Walker: Daughter Targeted by Hoaxers Too (UPDATE) 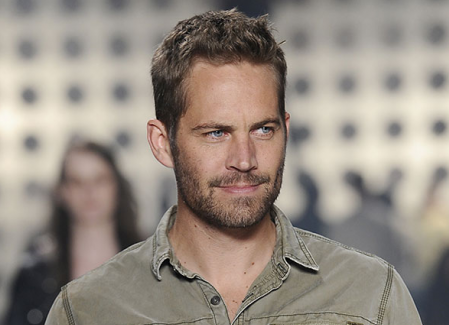 (UPDATE) Since this article about the death of Paul Walker on November 30 this year, it has been pointed out by the Paul Walker Facebook page administrators that Meadow Rain Walker was not at the charity event.  There have been numerous articles written that state Meadow was at the Reach Out Worldwide fundraiser with her father. This is incorrect. The author of this article wishes to apologise to Paul Walker’s friends and family for the misinformation. The Las Vegas Guardian Express prides itself on publishing truthful accounts of the news and this update has been written to meet that requirement.

The news that Paul Walker died in a spectacular fiery accident after leaving his Reach Out Worldwide charity event in Valencia, Santa Clarita, California shocked fans and colleagues alike. In a sick turn of events, the prior day the 40 year-old actor had been the victim of a hoax. Since his death, sources have come forward to state that the nature of the Paul Walker “death hoax” was in itself a hoax. With sick humor taking another turn of the screw, it now seems that Meadow Walker, Paul’s surviving daughter, has been targeted by hoaxers too.

After Paul Walker’s death was announced a disgusting individual created a fake Meadow Rain Walker Facebook page which claimed to be the real deal. The page asked fans to “like” the page and it contained a heartfelt statement of grief from the 15 year-old daughter of the Fast & Furious star.

It was all another cruel and humorless hoax. The late actor’s rep’s took the page down and released an official statement that said Meadow did not have any social media sites; that includes Twitter, which also had fake tweets from the devastated teenager. Like the Facebook page, the public microblogging site account was also fake. Sadly, it seems that the daughter of Paul Walker has been targeted by hoaxers too.

The whole tragic story of Paul Walker’s death has an unreal feel to it. Almost as if, through the initial misunderstanding of media mass and their hoax of a death hoax, fate had stepped in and reached out one skeletal hand to make Walker pay for the website’s disgusting attempt at humor. The same website has been quick to point out that they did not broadcast the actor’s death before the fact as a joke. Their excuse is that they pulled some sort of “reverse” hoax. Whatever their intent, the episode was, and is, not funny or clever.

Several articles are striving to convey just how young Meadow Walker is coping with her father’s death. A tragedy that occurred after he left his charity event for the Philippines that Meadow was attending with Walker. It has been reported that friends and colleagues of her late father kept her away from the crash site to avoid traumatizing her further.

Unfortunately, with all the misinformation that is floating around on the internet, no-one really knows what is going on with Walker’s daughter. It has been reported that the teen is still “in shock” after the untimely death of her father. This much is probably true; anything else is either pure conjecture or more misleading misinformation. Whatever her feelings are they will be relayed via the “proper channels” from Walker’s rep or studio.

This hoax within a hoax; which seemingly foretold of Walker’s death, has now targeted Paul’s daughter. Hoaxers seem determined to focus on the actor and his surviving family members in an attempt to apply ghoulish humor to a situation that is anything but funny.

Information about the crash that killed Walker and his friend; former racing driver Roger Rodas, is being sparsely given out by law officials. It is now being rumored that police believe that the actor’s friend, who was driving the Porsche, was in some sort of drag race prior to the two dying in the vehicular conflagration that burned both men beyond recognition.

Even this information should be take with a “grain of salt” as so much nonsense has been printed about Paul Walker’s death; prior to and after, the actual event. This entire episode has shown the world the underbelly of the internet. The unsavory, sick and twisted nature of some individuals who find it funny to target the undeserving. Walker’s daughter has been targeted by hoaxers too and there is no guarantee that these sick people will stop.