Paul Walker Death Might Be Included in Fast & Furious 7 [video] 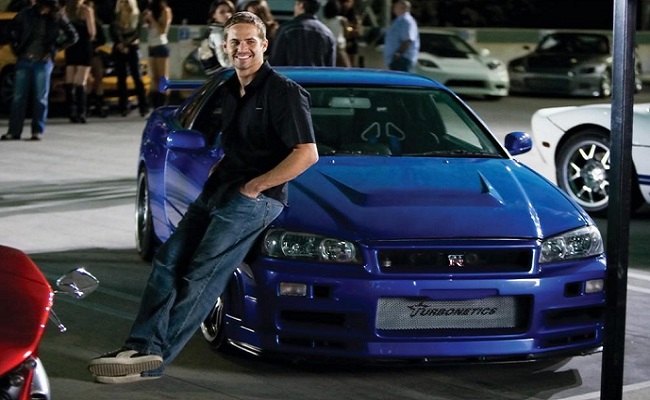 Paul Walker died a hero to many of his fans. Why not include his death in Fast & Furious 7 so he can die a hero in the movie saga that he was most known for? Walker’s death was unfortunate and much too soon but the film world can’t act as if it didn’t happened so to include an additional scene that mirrors his tragedy would seem appropriate.

Questions have swarmed the internet from many fans wondering if the Fast & Furious saga would die along with one of its leading men. At the time of Walker’s premature demise, he had already starred in five of the six Fast and Furious films and had begun shooting scenes for the one to follow.

Despite many speculations director James Wan has confirmed the continuation of Fast & Furious 7; even though the crew was forced to take a break from shooting after Walker’s fiery accident. Wan knows it will be tough to get going but says the cast and crew are preparing to go on. They’re very sad and the set is pretty somber, but Wan says they are doing their best to deal with it.

Included in the Fast & Furious 6 DVD version, as bonus content, there is a preview for the next phase of the movie chronicle. Ironically there is a scene from Han’s funeral; in case you missed it he died in Fast & Furious 6. What makes this scene weirdly ironic is we hear Brian, Walker’s character, say in response to the “No more funerals” line “Just one more, his.” Even though the line is not directed at Walker it strangely fits in with the 7th movie in the saga due to Walker’s unfortunate departure. It’s quite eerie, but it fits.

It sort of takes the world back to the late Michael Jackson when he said that his last tour would be the final curtain call. It was weird but again, it fit; even though that undoubtedly was not was he meant in the literal sense.

What’s an even greater twist to the whole Walker tragedy is that this was like a déjà vu for the actor. In 2008 he was involved in another high-speed accident that almost ended his life.

Walker actually gave the original account of the story but I’ll paraphrase it here for the particulars.

Walker said he was on his motorcycle and surrounded by drivers on their cell phones. A driver in one of the cars next to him realized he had missed his turn so he darted over and cut off the car that was driving right in front of Walker. He said the car in front of him suddenly jammed on the breaks and before Walker knew it he ran right into the trunk going about 50 mph.

He said he literally flew right over the car. He never touched the car but his bike did. Walker said the only thing that saved his life that day was his backpack. He said he got hurt pretty bad.

According to Walker, having gone through an experience of that magnitude to turn around and make all of these Fast & Furious movies; with their choreographed car crashes, seems surreal. Walker said knowing you’ve actually survived something like that and then to witness all of the celluloid crashes that the movie stages is just a bizarre experience.

Realizing that Walker has been this route before but survived and then to have recently been killed in the same type of manner is too ironic not to include it in the next Fast & Furious movie.

Paul Walker died a hero to many of his fans doing what he loved to do; go fast. I think it just makes good sense to include his death in the new Fast & Furious 7 so he can die a hero in the movie saga that he was most known for. The untimely death of this well-loved Fast & Furious actor was unfortunate and seems much too soon. I would think including an additional scene that mirrors his tragedy would seem appropriate and honorable.