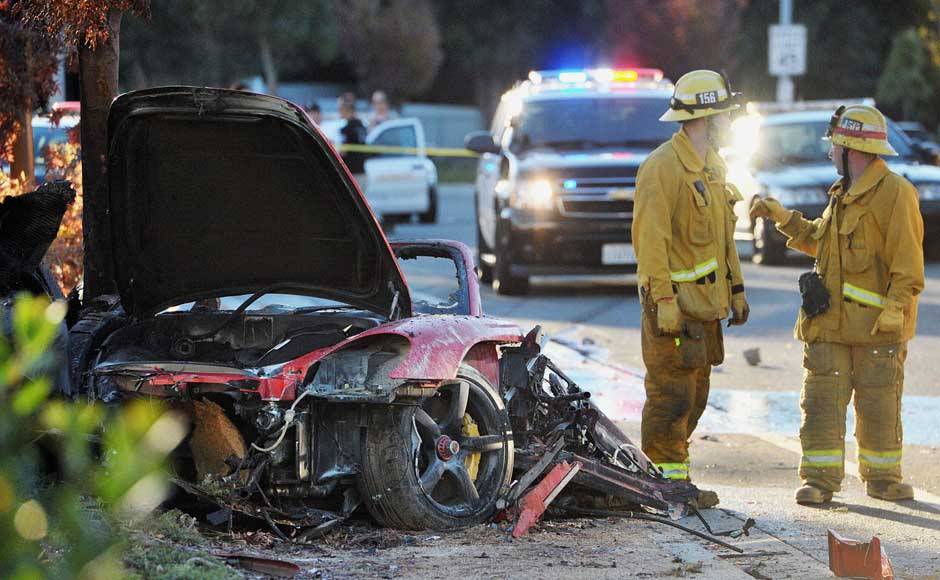 Paul Walker, a founding co-star of the highly successful Fast and Furious film franchise, died in a fiery car crash on Saturday afternoon. Walker was the passenger in a 2005 Porsche Carrera GT driven and owned by his friend Roger Rodas.

The Porsche Carrera GT is a very powerful vehicle, known widely as a street legal racecar. The limited edition vehicle is a two-seat roadster with a mid-engine powertrain and 5.7-liter V10 engine capable of generating over 600-horsepower.

The Porsche Carrera GT has a top track speed of over 200 mph, and can achieve a 100 mph in less than seven seconds. The six-speed manual transmission vehicle has powerful built-in safety features, including a rigid chassis built of carbon fiber and reinforced steel and aluminum, reinforced roll-bars, front and side airbags and a powerful cutting edge braking system.

Despite these features, it is notoriously hard to handle on the road. It has a low profile, which makes it particularly sensitive to bumps and rough roads. Its acceleration profile is very aggressive, and it lacks stability control, a feature included in later models.

The Porsche Carrera GT that Paul Walker died in was designed to be fast and lightweight; the chassis weight is listed at only 220 pounds, and includes features such as retractable spoiler and rear diffuser designed to help keep it on the ground even at high speeds.

The fuel reservoir is located in the central body, housed in a special aluminum carriage fitted between passenger cabin and the rear engine bay. This is a common design in professional racecars, as it helps mitigate damage to the tank during frontal and rear impacts.

Porsche discontinued production of the Carrera GT in late 2005, after debuting it in 2004; this was partly due to new regulations requiring “smart” airbags capable of sensing passenger weight and location.

The Carrera GT was the subject of a lawsuit in 2005 after two California men were killed in a car accident involving a concrete wall. There was a $4.5 million dollar settlement following the incident.

A review of the supercar by Jeremy Clarkson, co-host of the BBC television program Top Gear, states that: “You need to be awake to drive this fast. It really isn’t an easy car to control.”

Paul Walker and Roger Rodas were died on Hercules Street in Santa Clarita, California. Preliminary investigations point to speed as a factor in the fatal accident, but it has yet to be determined how fast Rodas was driving. Both were experienced at driving high-speed, high-performance vehicles.

Walker’s co-stars in the Fast & Furious franchise, including Vin Diesel, Tyrese Gibson, Dwayne “The Rock” Johnson, Scott Caan and Michelle Rodriguez have all expressed their incredible shock and sadness at the California-born actor’s sudden death.

Universal Pictures, the producers of the franchise, have indicated that production of the Fast & Furious 7, the latest installment of the series, has been suspended out of respect for the ongoing investigation into the accident. Production began in September and the film had a tentative release date of July 11, 2014. The previous installment was the highest grossing film in the franchise, pulling in $788 million worldwide.