By Michael Smith on December 11, 2013Comments Off on Paul Walker Fast & Furious Franchise to Use Justin Bieber as Replacement 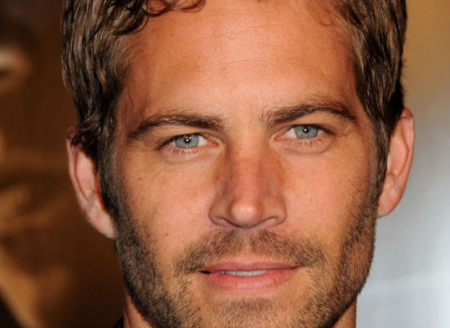 While fans, friends and family prepare for the upcoming funeral of Paul Walker word has come out that Justin Bieber could be the late actors replacement in the next installment of the Fast & Furious franchise. Along with the preparations for the invitation only ceremony set for this weekend, news came to light that suggests a possible cause of the horrific fiery crash that killed Walker and his good friend and business partner Roger Rodas. One that does not rely on the elusive and secretive Illuminati; drug cartels or government drones.

Police are still investigating what caused the fatal crash on Nov. 30 this year. Stunt experts have put forward the idea that road bumps could have caused the red Porsche Carrera GT to plow into a light pole and at least one tree. They have theorized that the smooth plastic bumps, known as Botts’ Dotts, combined with the vehicle’s “excessive” speed, estimated to be around 90 miles per hour, could have made the car hydroplane.

Hydroplaning occurs when a car’s tires encounter ice on the road, vehicles will hydroplane out of control and experts claim that the type of low tread racing tires on the sports car plus the high rate of speed could result in the same conditions as driving on ice.

Since the accident, fans of both the Fast & Furious franchise and Paul Walker have been in shock over his unexpected death. Filming of the seventh installment of the series was halted when the news of the 40 year-old actors death was announced. Director James Wan, who directed Saw, Insidious and The Conjuring, halted production even though Walker had completed a certain amount of scenes after the movie began filming in September this year.

Writers are frantically rewriting the script for Fast & Furious 7 as rumors mount that Walker’s real-life death will be worked into the film. Almost as disturbing as the idea that Universal would be cynical enough to include the actor’s death in the script is the news that none other than junior car enthusiast Justin Bieber could be slated to step into the void left by the late actor.

It has been reported that work on the film will resume in January 2014 after script changes have been approved and the decision has been made to either use Walker’s existing scenes or reshoot them with a replacement. Meanwhile someone has put forward the idea that the 19 year-old Canadian pop star could either replace Walker or be a younger relative of the late actor’s character.

Amazingly, Justin has got some big name supporters who love the idea. At least one, Ludacris, has gone on record to say he loves the idea. While fans of Walker may not like the idea the rumored proposal is not too outlandish. Paul Walker was a car enthusiast whose real life almost mirrored his character’s screen life in the Fast & Furious franchise. Justin Bieber is also a car enthusiast. While he does not have the same experience as Walker, he does like, and presumably knows, fast cars.

The amount of times that Bieber and certain members of his crew have been warned about their race car speeds in the gated community of Calabasas, California almost makes him a logical choice. The studios are not just factoring that in though. Their idea is that Bieber has “box office appeal” to a broad audience. Popularity equals casting preference. Justin possibly being the replacement of Paul Walker in the Fast & Furious franchise will upset some, but, looking at the choice dispassionately, it does make a certain amount of sense.

Fast And Furious 7 Could Resume Shooting In January

Justin Bieber to Land a Role in Fast And Furious 7?