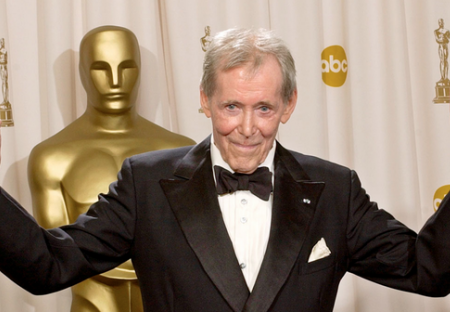 Peter O’Toole has died at age 81; the actor who became a star after his portrayal of Lawrence of Arabia has ridden of into the sunset for the last time. O’Toole’s agent announced that the star had died in a Wellington Hospital in London after suffering from a protracted illness.

O’Toole was a legendary stage actor who was touted as being another of the great English actors of the time, he was mentioned in the same breath as Richard Burton, Richard Harris and Laurence Olivier. His casting as the lead in David Lean’s 1962 epic retelling of Lawrence of Arabia earned the actor eight Oscar nominations and worldwide fame as a film star.

The iconic actor survived stomach cancer in the 1970s and suffered from problems associated with many years of smoking and drinking. In 2012, O’Toole had announced his retirement from acting in typical fashion by stating he would be bidding the profession a grateful farewell, but, without the teary eyed countenance of other stars.

O’Toole had an almost musical way of speaking, lilting and swaying, his words felt almost like songs. His real life speech mirrored his acting voice. Even when doing voiceover work he was instantly recognizable as when he played the food critic Anton Ego in Ratatouille in 2007.

Speaking of his career O’Toole said he’d had the pleasure of working with “fine people” and that whether it was on stage or screen he had been blessed financially as well as emotionally. He also acknowledged that, like all actors in the industry, he had his fair share of hits and misses.

Peter O’Toole dying at age 81 leaves the feeling that his Lawrence of Arabia has ridden off into the sunset for the last time. He leaves behind him a long list of film and stage credits and a legacy that can never be matched by another actor. Truly the last of the English great male lead actors has left the world stage. Audiences will never see his like again and a hole has been left that will not be filled by any pretenders to the throne.

The actor had an incredibly long and fruitful career and he was already a legend in English acting circles for his drinking prowess. Michael Caine remembered in his autobiography What’s it All About a time when he, as a novice actor, went out with O’Toole for an evening and wound up being banned for life from a certain London nightclub. When he asked O’Toole what they had done, Peter responded, “Never ask dear boy, never ask.”

O’Toole was inducted into the hard drinking club frequented by Richard Burton and Richard Harris by his legendary intake of drink. Not only was he their peer in the world of acting, but, he was their equal in the world of hard living and alcohol consumption.

When the star was awarded an honorary Oscar in 2003, he instantly turned it down. The actor had, throughout his long career, been nominated many times but never won the little gold chap. He asked that the Academy wait a while longer so that he could win the little “bugger” on his own. O’Toole did reconsider his refusal later.

Peter O’Toole’s daughter Kate related that the family were overwhelmed by all the affection and love that had been sent their way by fans and friends of the great actor. The Lawrence of Arabia star has ridden off into the sunset for the last time at the age of 81. RIP to a real legend.