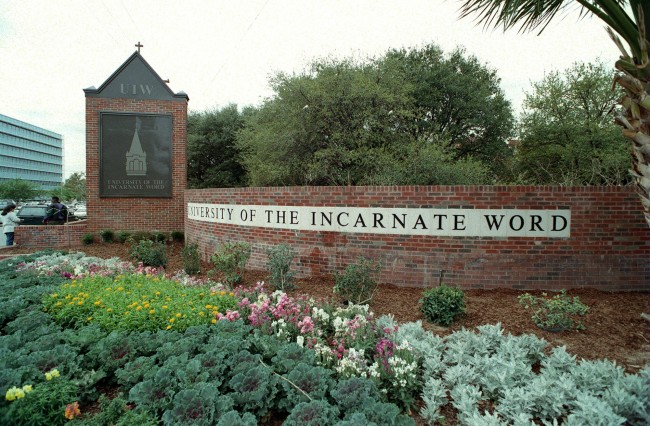 Robert Cameron Redus’ last words were heard by a neighbor, before a police officer shot and killed him early Friday morning. Redus, was a senior at the University of the Incarnate Word, and apparently after an altercation with the officer sarcastically asked him if he was going to shot him. Then the officer did.

At the time of the incident, Mohammad Haidarasl was sitting on his couch, in his apartment at around 2 a.m. in Alamo Heights. His apartment is on the first floor.

Haidarasl says that he did not look out at the scene of the crime until he could already hear emergency vehicles approaching the street of Treehouse Apartments. The deceased, Robert Cameron Redus was a resident at the apartment complex and lived upstairs, something Haidarasl did not realize until later. When asked to comment, Haidarasl said that Redus was a really nice guy.

Many of Redus’ friends and family are shocked by the incident and say that it does not add up.

“He was not an aggressive person at all, so the story doesn’t make sense,” said Sara Davis who was from Redus’ hometown of Baytown, TX.

The only word from the police so far is that the officer who shot Redus is Cpl. Christopher Carter. Alamo Heights police lieutenant Cindy Pruitt added that corporal Carter said that he witnessed Redus driving dangerously, and over the speed limit, in a Ford Ranger so he pulled him over. Carter was in a marked police pickup at the time.

The police also report that after Redus pulled over, into the Treehouse Apartment complex, they became engaged in a struggle. At some point during this struggle, according to Haidarasl, Redus asked the officer if he was going to shoot him. It has been confirmed that the officer radioed for backup and that Redus was indeed shot several times.

Redus was declared dead at the scene and Carter has currently been placed on paid administrative leave while the investigation continues. Carter was working as a part of the University of the Incarnate Word’s police force and the university released a statement saying he has an extensive background in law enforcement.

Carter’s record shows that he has worked nine law enforcement jobs in the last eight years for eight different police agencies. His time at UIW was his longest current position at two and a half years.

Redus was co-valedictorian at his high school and was on the dean’s list multiple times at UIW. His family released a statement which says, “We are understandably devastated by the death of our son Cameron and we ask for your prayers as we deal with our tragic loss.”

Expect Redus’ death to spark major gun controversy. It is already a hot issue because the report states he was shot multiple times and appears to have been unarmed. In the wake of the monumental ruling for George Zimmerman in the Trayvon Martin case, this incident could be compared closely and incite many problems for law enforcement officials.

Redus’ last words were not commented on by police. We will have to wait to hear more about how Redus’, possibly sarcastic question to the officer, “you’re gonna shot me?” will impact the tragic shooting of this university student.

Police Officer Shoots Student After Being Asked “You’re Gonna Shoot Me?” added by Nick Manai on December 8, 2013
View all posts by Nick Manai →

10 Responses to "Police Officer Shoots Student After Being Asked “You’re Gonna Shoot Me?”"