Robots in Fiction and Reality 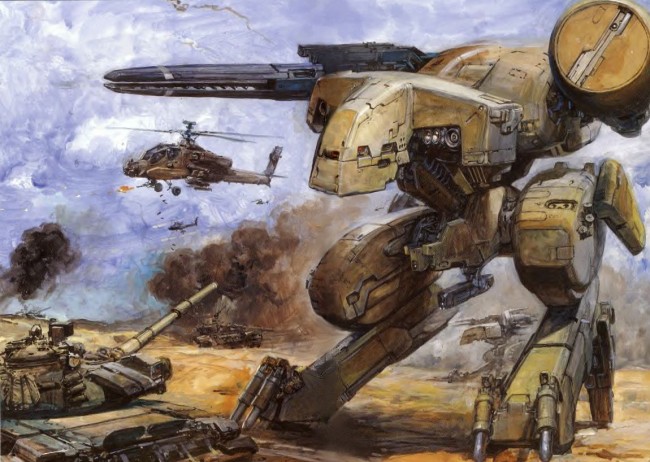 Robots in fiction have sparked the imagination to create robots in reality. Isaac Asimov’s I, Robot, arguably the earliest source of the concept of a walking, thinking machine, has captivated scientists and writers alike. The book, published in 1950, featured a collection of five stories about robots as told by Doctor Susan Calvin, robopsychologist, to a reporter in the 21st century. One of the stories featured the famous three laws of robotics:

Since then, books and movies have pretty much rendered these laws null and void. In Asimov’s stories, the robots were depicted in humanoid form. His robots were also precursors to “androids”, that is, artificial humans.

Robots depicted in fiction have ranged in size from the ‘spiders’ used in the movie Minority Report to the hulking behemoths seen in the game, Mechwarrior Online (and the franchise BattleTech). Japanese comics, animation and movies frequently use robots of all sizes, and some as esoteric as a human consciousness downloaded into a robotic frame such as in the anime Ghost in a Shell.

These robots range in levels of self-awareness as well, from full artificial intelligence as depicted in Star Wars (R2D2 and C3P0 being two such examples), to requiring a human in the cockpit, such as a BattleMech, which needs a pilot hooked up via a helmet to provide locomotion while his hands are freed for torso movement and weapons control. Many, many examples of various robot/AI mixes litter books, movies and video games.

How do robots in fiction compare to those in reality? That line between reality and fiction is becoming thinner by the day.

A company called Boston Dynamics, recently acquired by Google, creates robots with eerily accurate biological movements. YouTube videos depict such creations as BigDog, a German Shepard sized four-legged robot, running and moving through treacherous terrain in startling lifelike fashion. The incredible feats of locomotion and balancing is also depicted in one particular video where a man pushes the robot from the side with his foot, hard enough to knock it off-balance, and it recovers much like a real dog would.

Just how far is the field of robotics advancing beyond existing examples such as factory automation and other machines that perform complex series of movements? The Defense Advanced Research Projects Agency (DARPA) is currently running a robotics challenge with the primary goal of providing robots able to conduct complex tasks in dangerous environments to facilitate search and rescue operations.

Google is snapping up robotics startups left and right, with Boston Dynamics being the latest, though the information giant hasn’t disclosed what it plans to do in the field of robotics. Speculation is that it boils down to what Google has always been about: the data. Perhaps an army of Google robots, driving Google cars and delivering Google packages might not be too far off the mark. The line between robots in fiction and reality suddenly begins to look just a tad blurry.

3 Responses to "Robots in Fiction and Reality"