By Rebecca Savastio on December 12, 20134 Comments 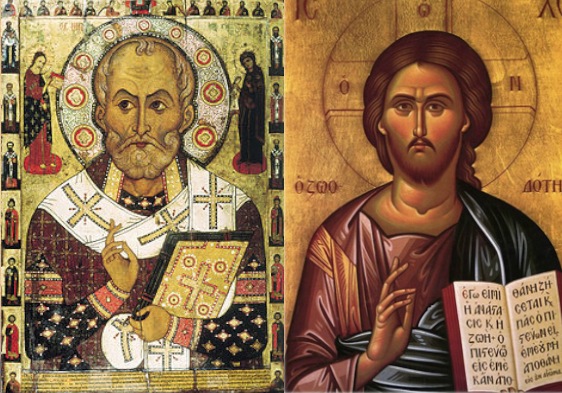 Santa and Jesus are both white, says Fox News anchor Megyn Kelly. On a recent broadcast of the Fox News Network, Kelly referenced an earlier column in Slate magazine in which author Aisha Harris stated that instead of always having Santa depicted as white, he should be changed into a penguin.  In her column, entitled Santa Claus Should Not Be a White Man Anymore, Harris argues that a penguin has several advantages over a person, one being that penguins are universally loved by everyone, among other features. She also explains that when she was a child, she would see white Santas in the mall but at home, the Santa in her family’s house depicted on figurines and such was black.

Harris’ playful column struck a chord, or rather, discord, with Kelly, who took to the Fox airwaves to set this issue straight once and for all, saying:

For all you kids watching at home, Santa just is white. But this person is just arguing that maybe we should also have a black Santa. But Santa is what he is. Just because it makes you feel uncomfortable doesn’t mean it has to change, you know? I mean, Jesus was a white man too. He was a historical figure, that’s a verifiable fact, as is Santa — I just want the kids watching to know that.

Fox News says Santa and Jesus are white, but evidence suggests otherwise as it pertains to the belief in a historical Jesus. The historical Jesus, for those who believe he existed, was not white according to many scholars but rather would have been brown-skinned and “swarthy” in complexion. For those who view Jesus as a mythological symbol rather than a historical person, it would be safe to say that Jesus could be any race, since a symbolic representation of ideas doesn’t possess any definite particular race per se.

Since it is widely accepted that Santa is indeed a mythological figure, he too could be any race, and not necessarily white. Therefore, in this instance, it seems Fox News has given out vastly incorrect information.

Kelly was steadfast in her conviction though, mocking the idea that “it’s racist to have a white Santa.” Kelly called that notion “ridiculous” then went on to say that Harris’ column was “off the rails” and asking “how do you just revise it in the middle of the legacy and change Santa from white to black?” One of the visiting commentators then responded “yeah; you can’t.”

What is it to Kelly if Harris wants to think of Santa as black, or as a penguin? Why is that idea threatening to Kelly? What possible effect could it have on her life to have Santa represented as something other than a white man?

Fox News says Santa and Jesus are white, but maybe they ought to mind their own business and let people celebrate in the way that is pertinent to their own individual beliefs. Santa is white, and black, and purple and a penguin because Santa is a piece of what is called imagination, and for that matter, according to millions, so is Jesus.

4 Responses to "Santa and Jesus Are White Says Fox News"