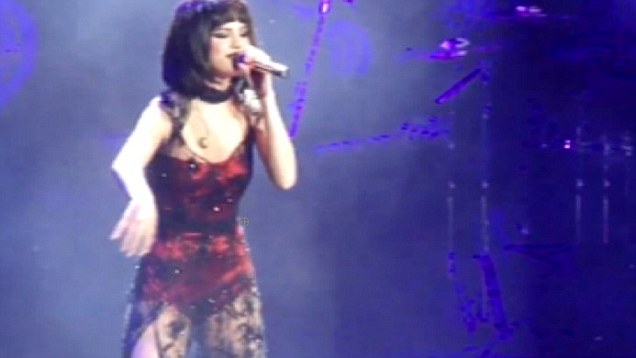 In Los Angeles at the Staples Center on Friday, Selena Gomez became the center of media attention at the KIIS-FM iHeart Radio Jingle Bell concert when she dropped the f-bomb and then walked off the stage in a huff in the middle of her set. Miley Cyrus also twerked with Santa Claus! You can watch the video of Selena Gomez losing her cool below, and one of Miley twerking with the Man in Red!

Selena Gomez was clearly annoyed by her microphone problems, but she still looked great as she attempted to perform. The pop goddess had on a red strapless bodysuit with a black lace overlay. Selena Gomez also was rockin’ a short hairstyle and darker lipstick than she usually wears.

The reason she was so annoyed and stormed off the stage was that technical difficulties plagued her set. The microphone went off several times, provoking her utterance of the f-bomb. Some people thought that she might have been lip-synching, but it’s unlikely she would have been so ticked off at the microphone failing if that was the case.

Gomez, 21, shouted “What the f***?” at her crew when the microphone failed again, and the lights in the theater went off. The microphone had no trouble picking up her shouted remark, though. Selena walked off the stage.

One eyewitness told E! News that Selena Gomez definitely dropped the f-bomb, adding that “you could hear it crystal clear.”

Not long after, Selena Gomez came back on stage, apologized to her fans, saying “I really appreciate you supporting everything that I do,” and she said that she would perform two more songs. Selena began singing her number one hit “Come and Get It,” but the pop star was still having problems with her microphone not working right. After she finished sing “Come and Get It,” Selena Gomez left the stage again, not completing her set.

Ariana Grande told the crowd that “now you know I’m not singing to a track,” meaning that she wasn’t lip-synching, as opposed to Selena Gomez. 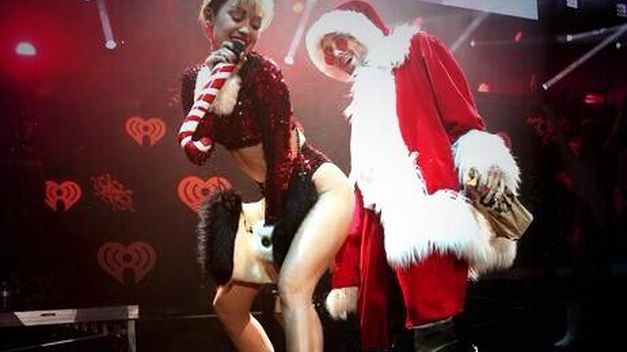 Did Selena Gomez, Justin Bieber’s ex, lip-synch during her performance at the KIIS-FM iHeart Radio Jingle Bell concert on Friday night? Did she drop the F-bomb she was ticked off at the failing sound system, or because she was ticked off that the technical difficulties pointed out that Selena was attempting to lip-synch her set? Please leave your opinions and comments below, and also check out the video of Selena Gomez uttering the f-bomb!