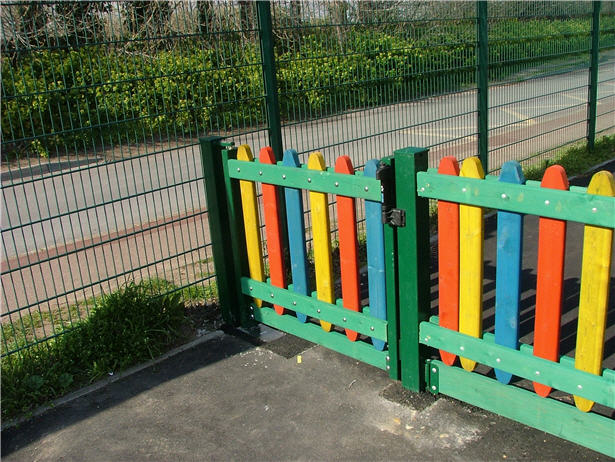 Hunter Yelton, aged six, said he had a crush on his school-mate and she liked him too, but he was suspended for giving his friend a kiss on the hand. The Lincoln School of Science and Technology in Canon City, Colorado, labelled the incident as “sexual harassment.”  The peck took place during reading group.  “I leaned over and kissed her on the hand. That’s what happened,” Hunter explained.

Hunter admitted, “They sent me to the office, fair and square. I did something wrong and I feel sorry.”

Hunter’s Mom, Jennifer Saunders, thought the school was being a bit extreme. He has been in a spot of bother before, for such misdeeds as “rough-housing” and she knew that he had kissed the girl on the cheek before. Even so, she was shocked when she heard the expression “sexual harassment” being used by the principal.

She then had to deal with the fact that her son was asking her “What is sex mommy?”

The District Superintendent, Robin Gooldy, defended the school and said it had a policy about unwanted touching.  The policy is to try to get pupils to stop, if they are displaying such behaviour. If that fails, the next step is suspension.

Psychologist, David Welsh, said that schools had to stick to their policies and procedures, otherwise they were open to complaints.  His opinion was challenged by fellow child psychologist, Sandy Wurtele. She is a specialist in child sexual development.  She says kissing is perfectly normal behaviour, especially at that age.  She fears this sort of tough love tactic sends out mixed messages to kids. Their emotional development is as important as their academic. If they get confused or negative messages about displays of affection, it could harm them.

However, following a massive surge of negative reaction, the school has retracted.  Robin Gooldy has met with the parents and agreed to change the name of the offense from “sexual harassment” to “misconduct” on his school record. Hunter is now allowed back into the classroom.

While Jennifer Saunders is better pleased with this outcome, in what she describes as an “innocent crush,” the girls’ mother is not so happy.

Jade Masters-Ownbey, a teacher herself, said that the school had been in the right to take steps to protect her daughter.  According to her, Hunter had tried to kiss her many times, without the little girl agreeing to it.  Ms Masters-Ownebey had tried to give her daughter lessons in how to stop someone touching you, when you don’t want them to.

It all raises a heated debate about the relative innocence of first crushes among children as young as first-grade. Lots of people will be getting their annual filmic fix of Love Actually as Christmas comes around.  Here Sam, the stepson of the bereaved Liam Neeson character, Daniel, is madly in love with a schoolmate. Sadly for him, based in London, he has to face the fact she is going away to live in America.  In the dramatic climax to the movie, he and Neeson race to the airport, skirting security,  in time to wish her a tender farewell. 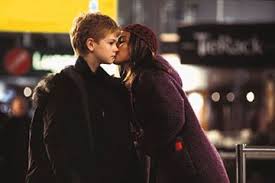 His American sweetheart then kisses him on the cheek before she goes through the barrier.  To his delight, contrary to what he had believed about the “coolest girl in school,” she did know his name.

The movie is structured in such a way as to demonstrate that love comes in many forms and guises, and crosses all age groups and all cultural or class barriers.  Emotions can be as strong for the under-tens as they can for the over-fifties.

Another movie classic celebrating the depth (and despair) of young crushes is You’re in Love Charlie Brown.  Charlie is truly smitten with the Little Red-Haired Girl and suffers all sorts of humiliations to try to impress her. School is about to break for summer and he is desperately running short of time. On the last day before vacation, he finds a note “I Like You, Charlie Brown. Signed Little Red Haired Girl.”  Dancing home in a delirium of delight Charlie asks himself,  “Good grief! How will I live until September?”

Recognizing the truth of juvenile passionate attractions, and balancing the current day concerns with appropriate behaviour, is a tricky business. In Hunter’s case, the school withdrew their suspension order for him kissing a girl. He is only six years old after all.