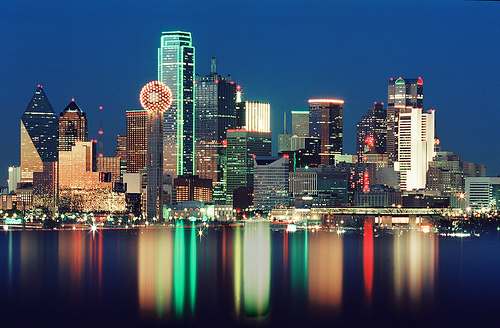 Dallas, Texas has been under the microscope recently since HUD’s investigation of the cities fair housing practices; this may be a national issue. HUD (Housing and Urban Development) gave the city a letter warning the loss of federal funding relating to breaking civil rights laws. Dallas is accused of having segregated housing in its downtown area. CBS DFW news said low-income housing is basically allowed in the southern area of the city. HUD funding specifically is awarded to ensure balanced housing is in affect in funded locations. In areas of North Dallas, low-income housing is either not considered or is clustered together at specific sites. HUD labels this practice as housing segregation.

Housing segregation research appears to be a huge project HUD is applying not only in Texas but across the U.S. Cleveland Plain Dealer writer, Stephen Koff says HUD is gathering data from as many “social, economic, demographic and educational” sources possible to assess housing and segregation patterns nationwide. The research is expected to antidote concentrations of problematic educational institutions and poor employment areas by first clearly designating where they are located. The information will be valuable when deciding where to approve funding.

Koff reports a public concern the government’s true intentions is actually to implement social engineering. Fox News reporter Doug McKelway wrote “Some fear the rule will open the floodgates to lawsuits by HUD.” The landscape is large concerning the issue of leveling the fields of fair housing. The process is not one that can provide easy solutions overnight. Racism exists in America, housing may be a part of that issue. In order to allow change, extreme measures must to be put in place. Those measures may have to be adjusted along the way to ensure optimal effectiveness. According to Koff, HUD Secretary Shaun Donovan informed the NAACP during a speech that more than the housing situation at stake. This is an opportunity to create better living atmospheres in general. He explained neighborhood amenities are equally important.

The steps being taking are intended to create an America with safer streets and quality establishment in the long run. The situation in Dallas, Texas is not completely clear. The staff of the city believes HUD’s assessment is missing some vital facts that affected the evaluation negatively. HUD disagrees standing by its research.  Dallas received the letter on November 22,  it has 30 days to respond, at which time a request can be made to have the findings reviewed. The objective is for  improved living conditions for all to become evident in the city. There will be an opportunity to revise the current proposal, at which time strategies will be discussed that are to be  approved by both sides. The complaint initiated with a filing by developers Craig MacKenzie and Curtis Lockey in 2010. If the findings are not resolved favorably for Dallas the city could lose funding. This would amount to losing millions of dollars in is HUD support. The staff of the city of Dallas says it is looking forward to having the opportunity to clarify any misunderstandings.

Texas Fair Housing Spotlight Is a National Issue added by Dada Ra on December 14, 2013
View all posts by Dada Ra →