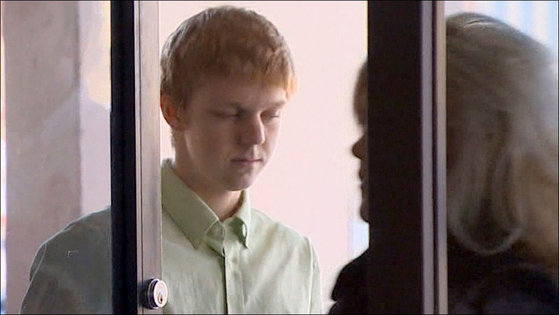 Texas teenager Ethan Couch is one 16 year old whose life was forever changed last summer. Couch is the young drunk driver who killed four people and just recently re-entered the spotlight as he received only probation as a punishment for his deeds. In a quick recap of the incident which has rocked the lives of all those involved, one quickly becomes aware of the huge effect the incident has had on all parties involved.

The re-emergence of the case into the spotlight can be credited to the recent juvenile court judgement against Couch, which has landed the teenager 10 years of probation, some rehab, but ultimately no jail time. Not surprisingly the verdict has drawn outrage and criticism from victims families along with segments of the public who feel that the Texas teen’s punishment does not equate to justice being served. The young defendant has been serving the last year or so in a rehab facility in Newport Beach awaiting the judgment which was entered in Tuesday.

Perhaps the most controversial piece of information surrounding the recent events is the defense which was employed by attorney’s for the Texan kid on trial. Lawyer’s chose to cast some, if not a significant portion, of the blame on the teen’s parents. Couch was characterized by his attorney’s as a kid who suffered from “affluenza,” a condition brought about by the nature of an affluent family environment where everything a child could want is given to him/her without any boundaries governing his/her life. This defense brought nearly as much attention and scrutiny as the actions being defended.

Victims families along with the public demonstrated their disgust for the ruling in speaking critically of the decision. The judgement was characterized by many as another case were money appears to have tilted the scales of justice heavily its favor. There are a few characteristics built into the judgment that look to be an attempt to level up the scales however. The 10 year probation which was laid upon the Texas teenager, has attached to it the possibility of sending the young man to prison for nearly a decade should he violate the parameters of his probation. While this seems to be a feature of the decision that resembles more of the justice the victims families were seeking it has done little to calm the emotions of those who lost lives and family members in the incident.

Ethan Couch’s father has agreed to send the teenage drunk driver, guilty of killing four people last summer, into a rehab facility to satisfy part of the probation conditions place on Couch. The facility which Couch will attend as part of a rehabilitation process will cost nearly $500,000 per year, another detail leading people to conclude that money can buy justice or at least significantly influence it. Although it may appear that the judge deciding Couch’s case did, with the long probation and rehab, make an attempt to administer justice, victims families along with many in the public do not see it that way.

As the case stands, those who lost family and friends as a result of the Texas teen who, while driving drunk killed 4 people, are less than thrilled at Tuesday’s ruling of probation without jail time.