Whitey Bulger Possessions to Be Sold Off

Proceeds will be divided among victims' families 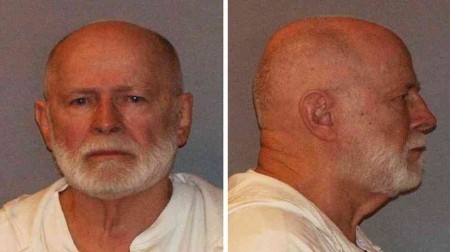 “Whitey” Bulger, the infamous crime boss, is to have his possessions auctioned off by marshals. United States Marshals Service say they plan to sell off many of the items they recovered from Bulger’s California apartment after he was arrested in 2011. The proceeds will be divided among the families of those that have been killed by the notorious criminal.

“The reality is there are lots of people who would be willing to pay money for some or all of the contents of that apartment, and that money is going to victims and victims’ families. So we want to do what we can to get as much money as we can for them,” First Assistant US Attorney Jack Pirozzolo said. Federal prosecutors said the items they seized are currently in storage. Some of Bulger’s valuables are worth as much as $48,000 and there is also a ring valued as high as $3,000.

The 84-year-old James Joseph “Whitey” Bulger, Jr. was born in Boston, Massachusetts. He was an informant for the Federal Bureau of Investigation in the 70’s, which means he went scot-free on many of his crimes. The FBI always saw him as a valuable asset and would let him slip under the radar every time the net closed in on him.

Bulger went into hiding  in 1994 when he was tipped off by inside sources at the FBI, who had reviewed pending charges and accusations against him. Bulger was arrested in 2011 alongside his long term girlfriend, Catherine Greig, in Santa Monica, California. They were then extradited to Massachusetts to face the music as to what crimes they had committed.

Bulger went on trial on June 12th for 32 counts of racketeering, extortion, money laundering and weapons charges, as well as his complicity in 19 murders. On Aug. 12, he was found guilty on 31 counts. On Nov. 14, he was sentenced to two consecutive life terms, plus five years for his crimes by U.S. District Judge Denise Casper. He is presently imprisoned at Metropolitan Detention Center in Brooklyn, New York.

The former informant owned an array of  interesting items that are going up for sale, including a mannequin with a hat on its head that was placed at this apartment’s window to make it look as if someone was keeping a lookout. He also had nine fedoras and a collection of porcelain cats. The recovered items also include several books, some with Bulger’s handwritten notes, binoculars, camouflage clothing, a telescope and 27 pairs of sunglasses. Strangely there is also a McCain/Palin campaign button, suggesting he was a Republican.

Authorities want to be as sensitive as possible to the Bulger’s victims and are still trying to decide whether they should make a profit off the convicted killer’s belongings.  Selling Bulger’s personal items, including a white dinnerware service and a pair of size 9.5 sneakers, may net a substantial amount.

A relative of one of Bulger’s victims supports the effort to recover as much money as the marshals can. “If they can sell anything he owned down to a ballpoint pen, then good luck to them,” said Patricia Donahue, wife of Michael Donahue, who Bulger killed in 1982. “I’m sure the victims could use the money,” she stated.