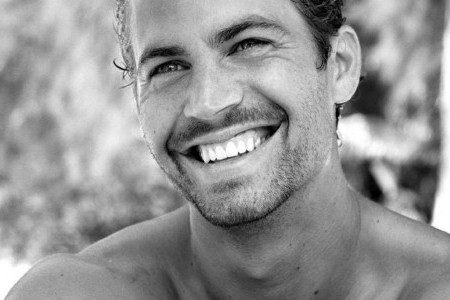 Paul Walker’s daughter, Meadow, has expressed sorrow on Twitter at her father’s death.

Paul Walker, who shot to fame with the “Fast & Furious” film franchise, died Saturday afternoon in Santa Clarita, CA, in a tragic car crash. He was the passenger in a Porsche GT with the driver, his friend Roger Rodas, when the Porsche struck a tree and exploded upon impact. Autopsies are pending for both Walker and Rodas.

On Twitter, 15-year-old Meadow expressed her sorrow at losing her father:

“When I was little he taught me to walk, taught me to smile, and taught me to never to give up. I loved him even before I knew what love was. He was my hero. My REAL life hero! He will always be in my heart! It brings tears in my eyes as I write this. You’re gone, but not forgotten! R.I.P Dad!”

[According to TMZ and GossipCop, Meadow does not have a public Facebook or Twitter account. Therefore, the above quote is fake. The writer regrets her error.]

By all appearances, Meadow’s Twitter account is private. Thus far, she has not made a public statement about her father.

Paul Walker became a father at age 25. Meadow’s mother is his ex-girlfriend Rebecca McBrain. Meadow lived with her mother in Hawaii until 2011, until she moved to California to be with her father. Walker and Meadow had been close but became closer after she moved to be closer to him.

Father and daughter had something in common: they were both Justin Bieber fans. Paul Walker tweeted about Bieber: “Just to be clear, I think @justinbieber is crazy talented, and I’m sure he’s a good kid, although we’ve never met.”

Walker was apparently very happy to have his daughter living with him. In an interview with Express News, he said, “I’m grateful I had her (daughter) at 25 and not 20 because, at 40 and 15, we’re matching up sweet! She’s been with her mom her whole life and she wants a relationship with her pops. It’s working out really well right now.”

@AndreyCardozo: R.I.P Paul Walker 🙁 I know you are in a better place now… I’ll never forget you <3

@Rakisah: Can’t imagine Fast and Furious without you but at least you lived your life on the edge. R.I.P Paul Walker

@andall_13: When people die from films that you grew up watching its simply horrendous. R.I.P Paul Walker

@_stef88_ :RIP To the driver that died with Paul Walker that no one cares about because he wasn’t famous R.I.P Paul Walker & Roger Rodas

Tyrese, Walker’s costar in the “Fast & Furious” films, visited the crash site where fans have set up a memorial area. Tyrese broke down in sobs and before he left, he picked up something from the crash site to remember his friend.

On his Tumblr account, Tyrese posted a sincere message about his close friend: