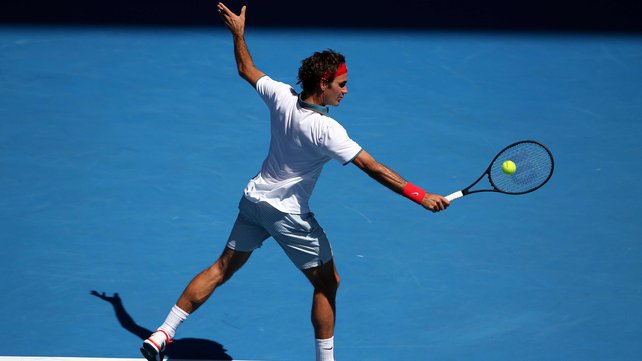 Australian Open action is well underway, and the maestro Roger Federer has looked sharp in the early going. In his opening round match against the Australian James Duckworth, the Swiss man looked to be in good form as he vanquished the Aussie 6-4, 6-4, 6-2. Roger is seeded sixth in this years first major, but displayed in his sharp opening match that he still has access to the form that kept him at the pinnacle of the game for so long. Whether he can find and maintain that form in the later rounds remains to be seen, but for now the maestro is off to a good start.

Australian Open fans were excited to see Duckworth on the court with the Swiss, however unlike most matches when an Aussie commands almost unanimous crowd support, Federer enjoyed plenty of love as usual from the patrons on Rod Laver Arena. 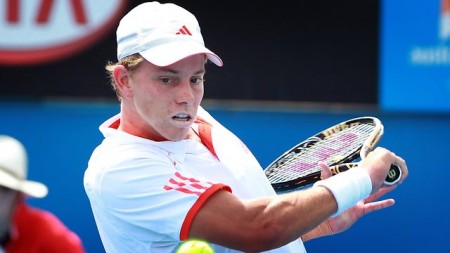 Duckworth looked impressive in the match, moving well and standing toe-to-toe with Federer in quite a few extended rallies. The opening two sets were played very competitively by Duckworth and just a handful of points determined their outcome in the favor of the experienced Swiss. The young challengers belief appeared to wane and the final set saw Roger grab a double break before finishing it out 6-2.

The Aussie, unlike many players, has a unique service position in which he chooses to deliver serve  standing close to the doubles alley in the ad-court. He proved to be quite unpredictable however earning himself some aces by utilizing good variety on serve. Although his Australian Open hopes ended early, Duckworth did prove in his match against Roger, that he will be one player to keep an eye on in the future.

Moving forward the Fed will face Blaz Kavcic in the second round, and if the Swiss keeps up his smooth form, Kavcic will have his hands full to make a match out of the second round Australian Open meeting.