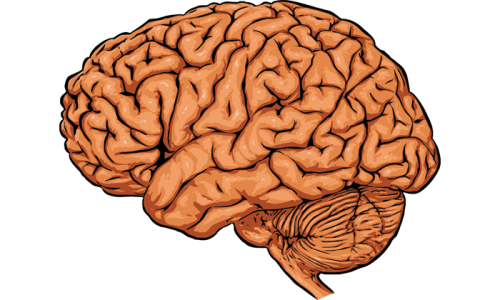 This article is a personal, painful view over the horrors of losing a loved one to brain death. If you are a regular reader of the Guardian Liberty Voice, then you know that in the past few weeks, our online newspaper has covered several stories over individuals who have been declared brain dead by the physicians treating them. The legal definition of brain death is the irreversible end of the brain’s activity. This also includes any involuntary actions the body performs to sustain life.

Patients that have been declared as brain dead are able to have organs donated. Even after brain death has been decided, the heart may continue to beat at a deliberate pace, yet there is no respiratory exertion.

Brain death may be used as a legal gauge to determine death in several jurisdictions, but the term continues to be inconsistently defined. There may be certain parts of the brain that survive while others perish, and so the very term “brain death” has started to refer to different amalgamations. Distinctions can start to become important when someone has a dead cerebrum but a living brain stem, and his or her heartbeat and ventilation carries on without any artificial help. Yet with entire brain death, being hooked up to complete life support systems would be the only way these functions would continue to happen.

By tradition, in both the medical and legal societies, they decided that death had happened when certain body functions, such as heartbeat and respiration ceased to occur. However, with the growing capability of the medical profession to be able to revive people who had no heartbeat, respiration or any other external signs of actual life, it is obvious that there is now a need for better descriptions and ways to be sure of death. This need has grew even more so with the extensive use of life support equipment, which is able to maintain basic bodily processes for an indefinite period of time. There is also the rising demand for organs to be used in transplantation.

Brain death is considered as a legal classification of a person dying, so that the individual can be declared legally dead even though life support machinery may be keeping the body’s very basic processes functioning.

A person who has been declared brain dead does not have any clinical evidence of brain function when he or she is physically examined. There is no reaction to any type of painful stimuli and no nerve reflexes. The pupils are fixed and dilated, with no spontaneous respiration.

A brain death diagnosis is rigorous, so to be certain the condition is actually irreversible. Legal criteria might vary somewhat state by state, but basically they all call for neurological examinations done by two independent physicians. The exams must show total, complete and irreversible absence of brain function. There might also be two EEG’s performed 24 hours apart. The patient being tested needs to have a normal temperature and be free of any drugs that could subdue brain activity.

Now that the legal aspects of brain death have been discussed, what happened when this occurs to someone you love?

I had personally written several stories over people being diagnosed as brain dead in the past few weeks and frankly after I turned in the respective stories, I did not think about them again.

Not until this past Saturday morning about 8:30 a.m. I was spending a little quality time with my dogs when I heard emergency vehicles go by outside my garage apartment.

My husband is a firefighter and paramedic, so I have a scanner on my smartphone that allows me to listen to local police, fire, and EMT channels. I quickly turned it on and found the station I needed. Over the airwaves I heard a firefighter talking about a patient, and he gave the details of her condition and how her mother had found her.

Obviously at that time I had no idea the firefighter was describing one of my best friends, but I was horrified anyway. I knew it sounded bad by his description of her condition.

I continued to listen, and took note of when the ambulance “ran hot” (using its lights and sirens) going back past my apartment toward the hospital.

It was not until later that evening that I discovered my friend had been rushed to a hospital in Indianapolis because of a massive brain bleed. I was told by her older sister, who I am also close friends with. It was about that time that I put two and two together and realized the firefighter/medical run I had heard that morning was because of my friend.

I waited to hear what would happen. I was told it was bad; she had suffered an extensive brain bleed and was hooked up to numerous machines. The doctors were waiting to see what happened and continued to measure her brain pressure because they were going to attempt to do brain surgery.

I felt a bit better because this let me know that obviously they saw some hope in her condition, and she was also only 34 years old. What person that age dies from a stroke? It just does not happen.

I continued to wait and get updates from her family. She was in the critical care unit of the hospital so I was not allowed to visit. Sunday passed, with no other news, and then New Year’s Eve arrived. Dec. 31 I awoke to numerous texts on my phone. I opened them, expecting to read that my friend had gotten through her brain surgery and was doing okay.

Instead the words brain dead leaped at me from my phone. I probably stared at those two words alone for close to five minutes. Here I had written story after story of others suffering through the ordeal of losing loved ones to brain death and not giving them a second thought, and now I was in their shoes. I had just lost a loved one myself to brain death. My wonderful, sweet friend had been declared brain dead.

There had to be some sort of mistake, the denial was already setting in. There is no way this could have happened to Debbie, not my sweet friend who I had been friends with my entire life. There was no possible way this was happening.

But it was, and as I write this barely two days later, I am still in shock. I do not know what to do, how to act, or even if I am writing this the correct way. I have lost a close friend to brain death and it chills me to the bone.

Her funeral will not be until January 12, 2014 even though she officially died on New Year’s Eve. There is a very long and disturbing story behind that which I will reframe from discussing. It is not important to this story, and has nothing to do with her being declared brain dead.

Yes I am sobbing as I have typed this. Why I felt the need to put in the official story of brain death before this, I do not know. I just felt like it needed to be there, to make this more worthy of reading, I guess.

Brain death is real death, no matter what any religious or legal group or any family member wants to believe. The person is gone, as much as it hurts, and it needs to be accepted. It is one of the most painful ways to have to tell someone you love good-bye, but once he or she is declared brain dead, that person is gone.